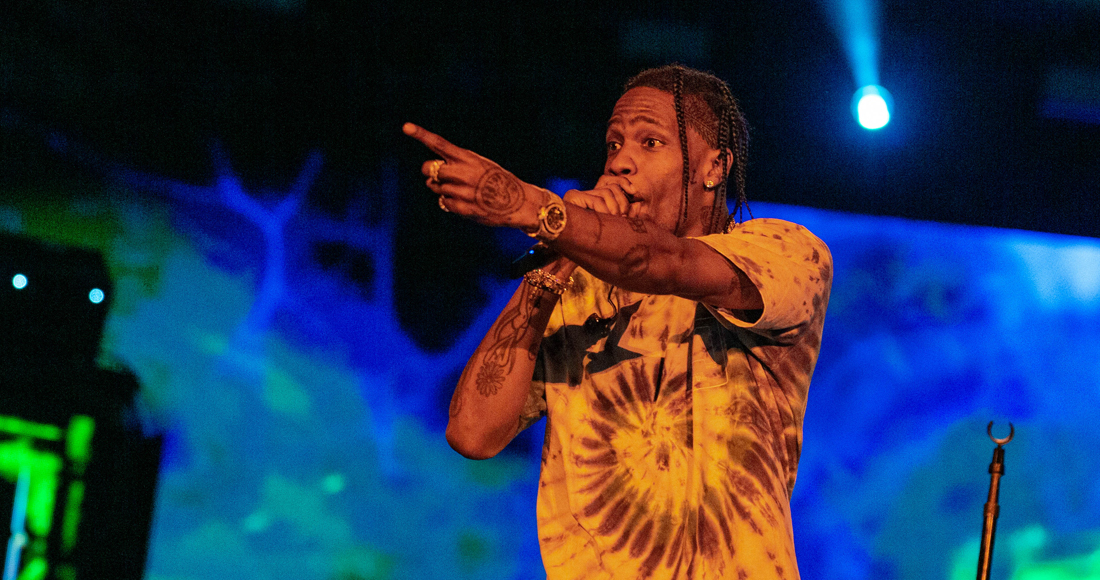 Travis Scott's highly anticipated single Highest in the Room is set to make a big splash on this week's Official UK Singles Chart.

The song, released last Friday (Oct. 4), is currently at Number 2 on the Official Chart First Look - an early glance at how this week's singles chart is shaping up based on early streaming and download reports.

Meanwhile, Tones and I’s Dance Monkey is holding its lead at Number 1, on course for a second week at the top.

Outnumbered by Dermot Kennedy is on track to climb into this week’s Top 10, so far up four places to Number 10, following the release of the Irish singer-songwriter’s debut album Without Fear.