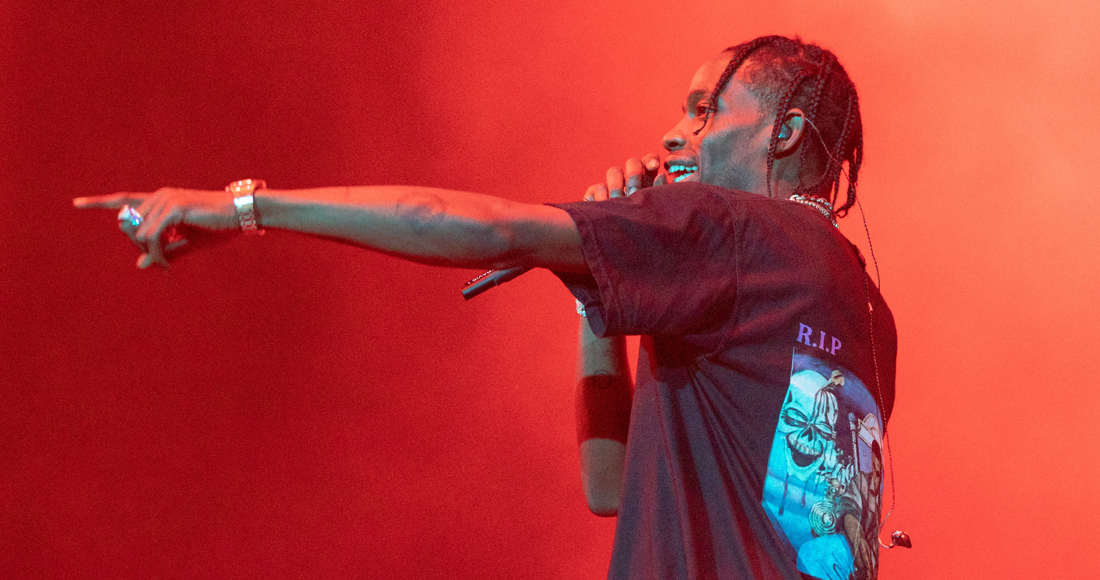 Good news for Travis Scott as he lands this week's highest new entry and hits a new personal best on the Official Albums Chart.

The Top 2 is still dominated by movie musicals, with the cast recording of Mamma Mia! Here We Go Again settling in for another week of jazz hands and harmonies at Number 1, while The Greatest Showman finishes second on the bill for a third consecutive week.

Mancunian group James score a ninth Top 10, with fifteenth studio album Living in Extraordinary Times going in at 6 – the band have also landed the top spot on the Official Vinyl Albums Chart.

Alt-rockers Deaf Havana are new at 8 with Rituals; Bob Marley and the Wailers' Legend, one of the biggest selling albums of all time, leaps eight places to return to the Top 20 at 16; while another mega-selling classic from Fleetwood Mac, Rumours, climbs to 17.

Chicago rapper Juice WRLD rockets 14 slots to 25 with Goodbye & Good Riddance; Cardi B's Invasion of Privacy bounces back eight to 36; Mac Miller earns his first UK Top 40 with Swimming, new at 37; and Cruising With Jane McDonald is back in the Top 40, sailing nine places to dock at Number 39.