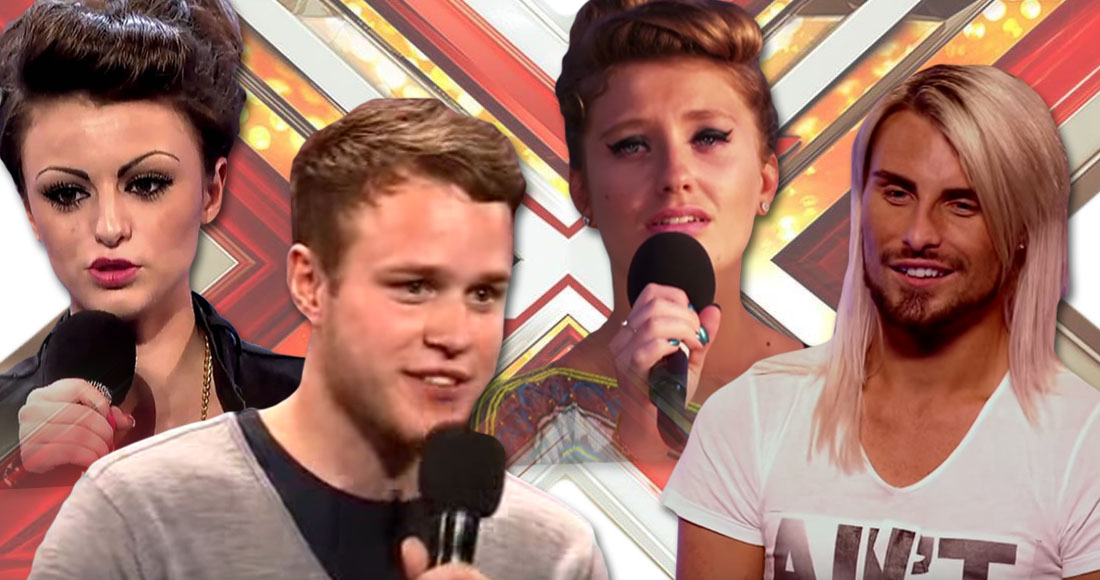 Cancel your weekend plans until Christmas - The X Factor is back.

Simon Cowell’s Saturday night extravaganza returned last Saturday (September 2) and will see the great, the good and the god-awful sing their hearts out in the hope of becoming the next 1D, Olly Murs, Little Mix or Leona.

Before we get to the seriousness of the live shows, there are of course, the auditions. Some insist it’s the best part of every series; watching unpolished, un-media trained and therefore unpredictable auditionees face Cowell & co in those dingy, thick-carpeted conference rooms. And when someone is really good (or really bad), the result can often spark new interest in their song of choice.

Ahead of the series kick off tonight, we’ve looked back at some of the unforgettable auditions over the last 13 series that sent the songs back into the Official Chart.

Cher Lloyd - Turn My Swag On

Back in 2010, a nervous Cher Lloyd (donning some very distressed denim) went against the grain of performing either a big ballad or well-known classic and instead opted for Soulja Boy/Keri Hilson’s Turn My Swag On. The public lapped it up just as much as the judges, sending the song into the Top 75 for the first time ever, landing at Number 48 the following week. Cher’s performance also inspired a cover version by rising star Alexa Goddard, which entered the Top 40 two months later at Number 20.

2017 got a magic moment all of its own when Rebecca Grace brought the house down with an electrifying rendition of Kelly Clarkson's tearjerker Piece By Piece. The song had previously only graced the lower reaches of the Top 100 but once Rebecca got her hands – and her lungs – on it, it rocketed into the Top 40 to land at 27.

Derby singer Lucy Spraggan attempted something not normally recommended for a first audition back in 2012: singing an original song. The track was called Last Night (Beer Fear), a tale of drunken errors that was - gasp! - already available on iTunes. It immediately shot up the Official Singles Chart but was removed at the request of X Factor producers mid-week. Still, it finished the week at Number 11 - not too shabby for a surprise hit, right?

Kye Sones - I Can’t Make You Love Me

Former chimney sweeper Kye Sones may not have faired too well in the finals of series 9 (he was eliminated after being in the bottom two with Rylan Clark!), but during the early audition rounds, he was a hot favourite to win. During the bootcamp stage, he performed a rendition of Bonnie Raitt’s I Can’t Make You Love Me, and the rendition sent the Adele’s version into the Top 40 for the first time the following week to Number 37.

Ella Henderson - I Won’t Give Up

Ella Henderson impressed Tulisa and Tinie Tempah at the judges houses stage in the 2012 series with an cover of Jason Mraz’s I Won’t Give Up. The emotional performance sent the song to Number 11 in the Official Singles Chart the following week - a new peak for the song that has yet to be bettered.

Andrea Faustini - Who's Lovin You

With his pug sweatshirt and cut-off jeans, the public had already fallen for Andrea Faustini before he’d opened his mouth. But fortunately, the Italian stallion also wowed the judges with his rendition of the Jackson 5’s Who’s Lovin You. The track may not have leaped into the Top 40 the following week (it re-entered at Number 94), but with a sales uplift of 2674% on the week prior to his audition, there’s no doubt that Andrea could sell a song.

Kitty Brucknell - The Edge Of Glory

Despite a slightly muted response from the audience and judges at the start of her audition, Kitty Brucknell turned it around with an impressive acapella version of Lady Gaga’s The Edge Of Glory. The track was already in the Top 40 but in decline when Kitty auditioned, but her performance saw it jump back up eight places the following week to Number 26 - a sales uplift of 44%. Weeks later when Kitty was voted off one of the live shows, Gaga showed her appreciation with that incredible hug.

Looking back at Olly Murs’ first X Factor audition, little has changed about everyone's favourite cheeky Essex ‘lad’ - wonky drunk dad dancing included. We were first introduced to him with a performance of Stevie Wonder’s 1973 single Superstition, which resulted in a 233% sales uplift for the song the following week and a Top 75 re-entry at 64. Not bad!

In terms of singing, Rylan’s first audition is even worse than we remembered, but it was his personality that had us all (and the judges) hooked. His dance remix of Des’ree’s I’m Kissing You may not have been the stuff of musical legend, but he still managed to send the song into the Top 100 for the first time the week after at 83 - a 1100% sales uplift. Little did we know we still had this incredible moment to come.

Will anyone ever top this audition? We're keeping everything crossed this series will be it!