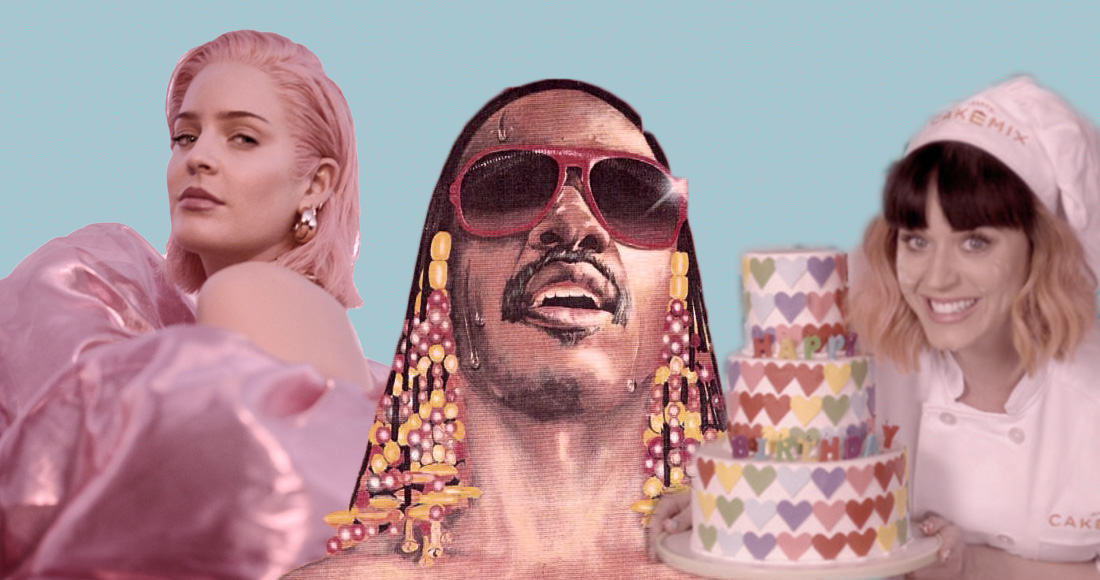 A birthday comes but once a year, so it's hardly surprising that it's rare to see songs about the occasion on the charts. That said, if done right, they can be absolute gift for the artist.

2020 has so far seen a mini resurgence of birthday songs. Anne-Marie launched her new era in early February with Birthday; an anthem of self-celebration as well as a two-fingered salute to getting wiser ("Imma do what I like, Imma eat what I like, Imma kiss who I like").

By contrast, The 1975's new track The Birthday Party is a subdued affair about eschewing the party life for something more serene. The song's music video, which sees frontman Matty go to a 'digital detox centre', is well worth a watch.

Just 11 birthday songs (that is, tracks with the word 'birthday' in the title) have landed inside the Official UK Singles Chart Top 40. Only one has gone all the way to Number 1 - will.i.am's It's My Birthday ft. Cody Wise from 2014. Similar to Anne-Marie's track, it's all about splashing the cash, but on this occasion the aim is to bag a "pretty lady". With 551,000 chart sales, it's also one of the biggest birthday songs of the bunch.

If you're not singing the traditional Happy Birthday song on their special day, chances are you're belting out Stevie Wonder's hit instead. The song reached Number 2 in 1981 and for many is the go-to birthday song after the original, which seemingly dates back to 1893 (details on the song's roots are sketchy). Stevie's rendition, which is also a thinly veiled protest song about Martin Luther King's death, has been streamed 12.5 million times in the UK and has 206,000 downloads.

Taking things down a seductive direction, Jeremih's Birthday Sex - a Number 15 hit in 2009 - is also up there as one of the biggest birthday songs, based on UK sales and streams. The R&B slow-jam had the working title Birthday Text before its release; the US singer assumed a song about getting it on on your birthday had been done before. It hadn't - and he's reaped the rewards, with 412,000 chart sales.

The first ever birthday song to reach the UK Top 40 was Happy Birthday, Sweet Sixteen by Neil Sedaka, a Number 3 hit in 1961 that bares a strong resemblence to the Chiffons' subsequent 1963 (and better known) hit One Fine Day. Elsewhere, more recent big birthday hits include one by Scottish post-punk band Altered Images, which reached Number 2 in 1981, and in 2013 Katy Perry landed a Top 40 entry with her own ode to that special day.

Listen to this (and more) as a playlist on Spotify and Deezer.