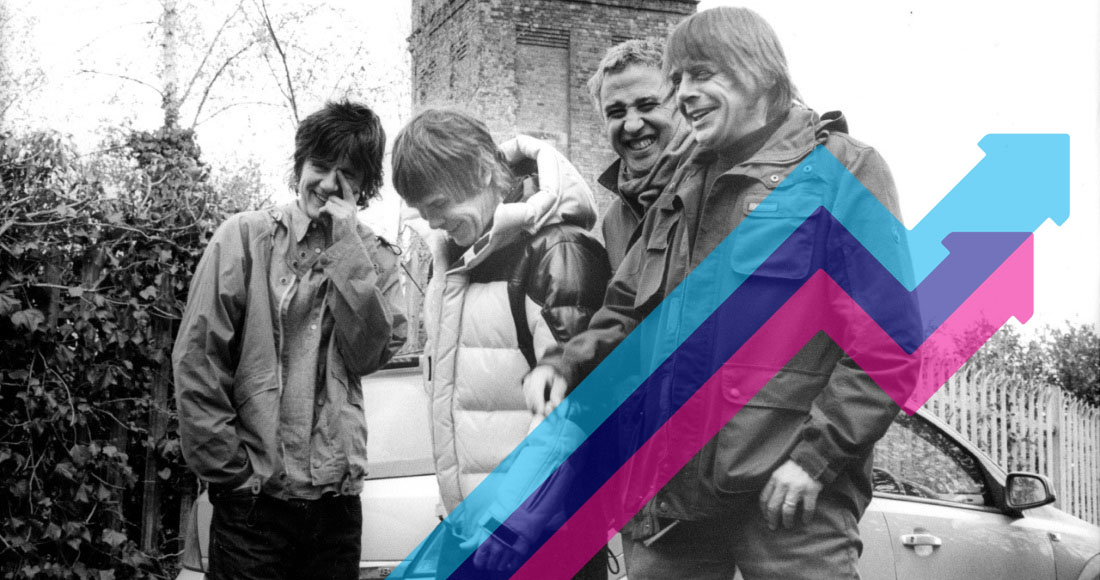 The song, which follows the unexpected release of All For One last month (also a trending Number 1), tops the list of 20 tracks making a big impact in the UK this week. Over on the Official Singles Chart, Beautiful Thing is on course to be this week's highest new entry, currently placed at Number 3.

There's still no word on whether the two songs will appear on a new Stone Roses album. In a recent interview with Music Week, managing director of the band's label Virgin EMI Clive Cawley said: "There’s no sign of an album as of yet unfortunately, but hopefully this is the start of them doing something good. Maybe, in this day and age [we should] end up just doing occasional singles into an album. I’d love to get more and more songs out of them but I’m not holding my breath."

Another big entry on the Official Trending Chart this week comes from David Guetta. The DJ's Zara Larsson collaboration The One's For You serves as the theme to Euro 2016, which the pair performed during the event's opening ceremony last Saturday (June 11). The track is set to hit the UK Top 40 for the first time this Friday, currently at 17.

Further down the trending Top 20, Tom Odell's Magnetised makes appearance following his recent performance on Graham Norton, sending the song soaring up this week's Official Singles Chart Top 100 (up 60 places to 30), and Justin Bieber sees his latest single Company impacting after the release of the song's music video last week.