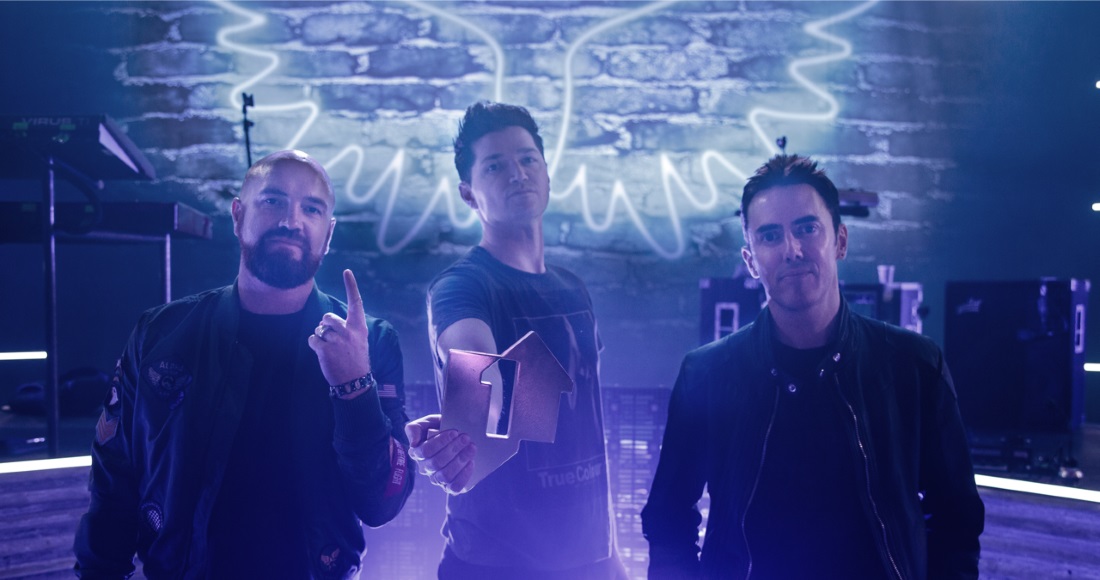 The Irish group's fifth album Freedom Child sailed to the top spot with over twice the combined sales of Ed Sheeran's ÷, which holds at Number 2 this week.

Speaking to OfficialCharts.com, The Script said: "You guys may never understand how happy we are to have achieved our fourth Number 1 album. You see, we've worked so hard on it and ultimately the fans decided whether it's a strong album or not. We're so so lucky and are humbled by it."

The Script have an near-impeccable record on the Official Albums Chart, with four of their five studio albums peaking at Number 1. View their full chart history.

They join the likes of One Direction, Robbie Williams and The Prodigy to have four or more Number 1 albums and a near-perfect record.

MORE: The acts with an unbroken career streak of Number 1 studio albums, and a look at those who just miss out

Elsewhere in the Top 5, LCD Soundsystem achieve a career high with American Dream at Number 3 (the album is Number 1 in this week's Official Vinyl Albums Chart and Official Record Store Chart), while Orchestral Manoeuvres in the Dark's The Punishment of Luxury Number 4 entry gives them their best placing since 1991 at Number 4.

Last week's Number 1, Villains by Queens of the Stone Age falls to Number 5.

Scottish rock group Mogwai score an Official Albums Chart personal best at 6 with Every Country's Sun, ahead of Jake Bugg – Hearts That Strain becomes his fourth consecutive Top 10 at Number 7.

Newton Faulkner nets his fifth Top 20 at 13 with Hit The Ground Running, Motorhead's covers collection Under Cover lands at Number 19, and Northern Irish electronic duo Bicep are a new entry at 20 with their self-titled debut.

Post-Britpop collective Starsailor land their most successful chart appearance for 12 years with All This Life at 23, just ahead of Kasabian's For Crying Out Loud, which advances 12 slots to 24. Harry Styles' self-titled debut, and former chart-topper, is this week's highest climber, leaping 23 places following his appearance on The Jonathan Ross Show.