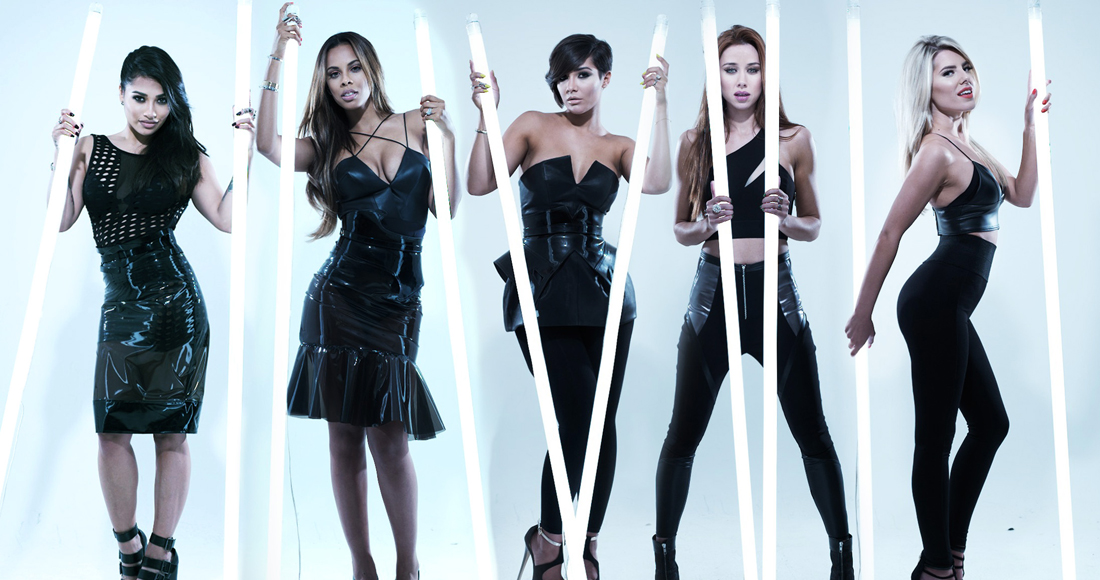 The Saturdays released their new album, ‘On Your Radar’ earlier this week, so we thought it was the perfect opportunity to get Una, Mollie, Frankie, Vanessa and Rochelle to tell us all about it.

Read their exclusive track-by-track below:

“We worked with Brian Higgins [Girls Aloud, Pet Shop Boys, Sugababes] on this. He works in a really different way where we all go into different studios at the same time and record different pieces and he fits it together like a puzzle. It's actually the track where we got the album title 'On Your Radar'.”

“This was our first single from the album. As soon as that beat kicks in you feel like ‘Yes! I wanna party!’. It was completely different to anything we've done before, more R&B. We went to LA to shoot the video but managed to milk it for a holiday. We have good memories of that song!”

“I almost feel like the lyrics in this should be a ballad, they're so romantic but it's got a dance beat behind it. It's a fun, flirty dance song with a pop edge!”

My Heart Takes Over

“Is a really beautiful ballad. The way that Vanessa delivers it you can't help but hear what she's saying and it pulls on the heartstrings. It's a sad song!”

Get Ready, Get Set

“It's a real feel-good upbeat song. When we wrote that song Una and Mollie never laughed so much writing the lyrics, they were getting embarrassed trying to write steamy lyrics. It's definitely a smash.”

The Way You Watch Me

“It's like a road trip song to play in your car with the windows down. It's got a lovely little guitar solo that opens it up. [Gym Class Heroes frontman] Travie McCoy sent in the track and as soon as we heard it we just had to do it. To collaborate with him was just amazing, although he recorded his bit in LA and we recorded our bit in London so never actually got to meet him.”

“We wrote this with Viktoria Hansen [Lena, Cover Drive, Twenty Twenty], she's such a nice girl. We heard the beat and it's one of those songs you could just write to straight away. It's about a turbulent relationship where you argue a lot, there's a lot of passion and fire there and you still can't walk away.”

Do What You Want With Me

“There's a really long story with this song. We weren't really feeling it to start with. It's got a dubstep element to the chorus which is unheard of for The Saturdays. It's probably the coolest song on the album and one of Vanessa's favourites now.”

“It's about having the guy who tells you 'Yeah yeah, I'm gonna do that for you babe' and then he's out with his friends so the best thing you can do is go out and party even better! It gets you in the mood for a night out!”

“Is a proper pop ballad but it's quite light-hearted. It's something that everyone has been through where you see your ex with someone else looking at them and doing things that you used to do together.”

“Mollie loves this because it's classic Saturdays going back to our first album ‘Chasing Lights’. When she saw it was written by Rami Yacoub [Backstreet Boys, Britney Spears, Westlife] and Carl Falk [One Direction, Boyzone, Backstreet Boys] she was so excited because they've written for Britney and so when we went to meet him she was a little bit star struck!”

“It's a sophisticated heartfelt ballad we recorded with Lucie Silvas [Delta Goodrem, Katharine McPhee]. It's about that person you always go back to, they are your last call - lyrically it really hits home for all of us.”

“It's really tongue-in-cheek, we wanted it to be basic lyrics in the chorus that everyone will know what it meant, a really sing-along song. It's probably the poppiest song on the album. You don't have to be the belle of the ball you're going to be out and having a good time anyway.”

“When we went in to write ‘Move On U’ we wanted to write some sexy lyrics, you know when the lights go down I'll make a move on you basically. It is steamy and a little rude but it's fun and done in a pop way.”

The Saturdays - My Heart Takes Over on MUZU.