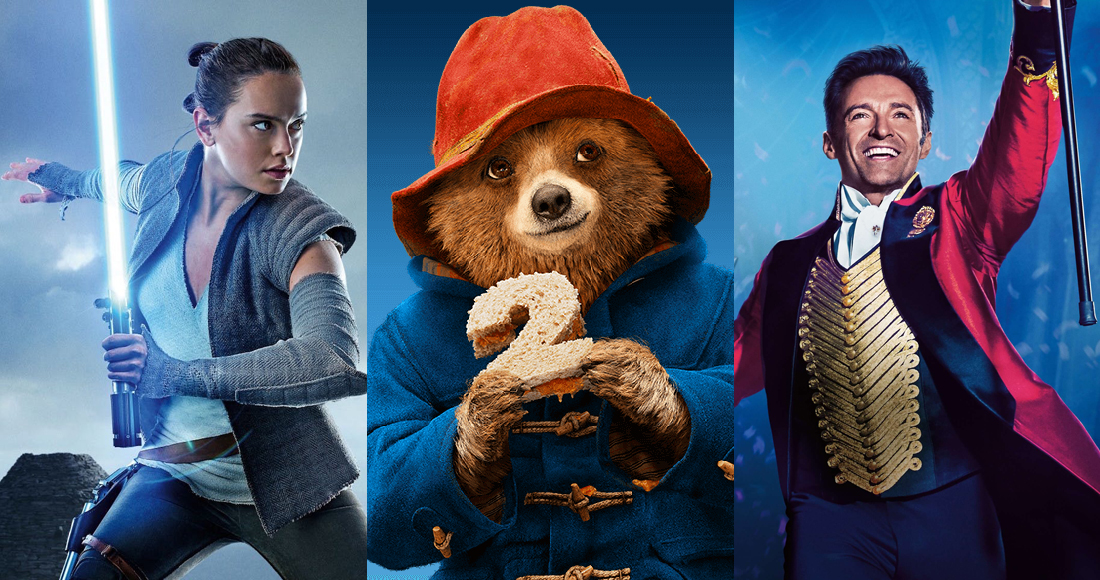 After spending three weeks at Number 1 on the Official Video Chart and dominating the music charts, movie musical phenomenon The Greatest Showman leads the rundown of the biggest DVDs and Blu-rays of 2018 so far.

Revealing the Top 40 best-selling home entertainment titles of the first half of the year, OfficialCharts.com can confirm that the top spot is taken by the Hugh Jackman-starring musical, notching up impressive first-week sales of 473,000 and totalling almost 923,000 since its release at the end of May.

Star Wars VII – The Last Jedi, the fastest-selling DVD and Blu-ray of the year with a first-week tally of 555,000, settles for runner-up slot on the half-year countdown. The force is still strong, however: The Last Jedi has managed a very respectable 847,000 sales since its April release.

Another popular franchise, Thor, is up in fourth, with Thor: Ragnarok, the third of the superhero movies centred around Chris Hemsworth's Asgardian god of thunder. Another former chart topper, the movie which also stars Tom Hiddleston and Mark Ruffalo, has generated sales of 556,000.

Bursting into the Top 5 in typical superhero style is one of the year's most talked-about movies, Black Panther. The Marvel comic book adaptation, starring Chadwick Boseman, Lupita Nyong'o and Michael B Jordan, has notched up 390,000 sales after just two weeks on release and already makes a huge impact on the half-year chart.