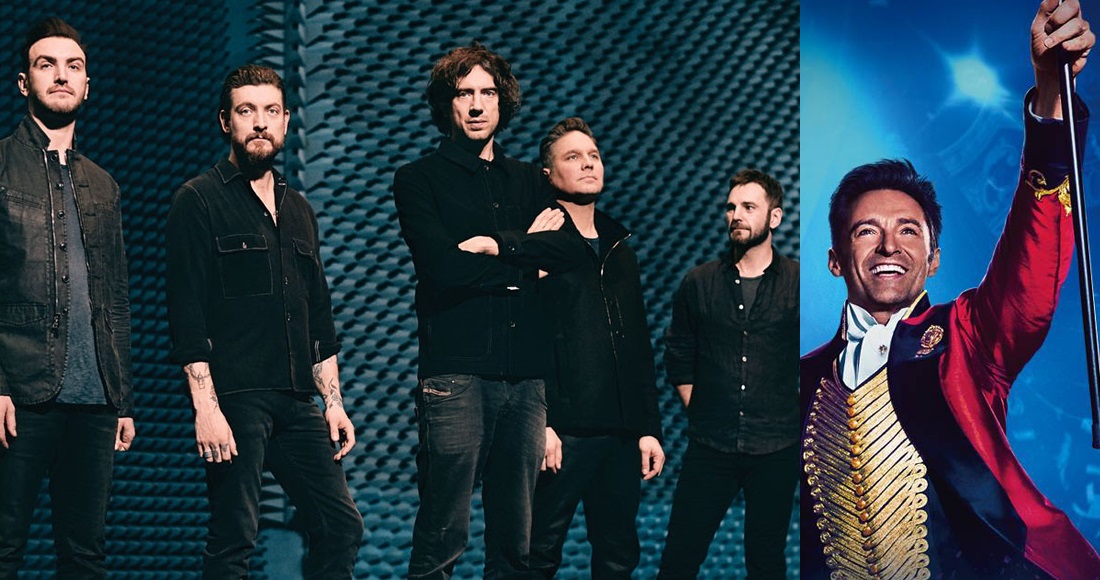 After leading the way all week, Snow Patrol have been pipped at the post in the race for this week’s Number 1 on the Official Albums Chart.

Just 900 combined sales and streams separate the Top 2, and it is The Greatest Showman soundtrack that finishes on top once again, logging a 17th non-consecutive week at the top.

The Motion Picture Cast Recording was the best-selling digital download of the week and was also the most streamed album of the last seven days, while still boasting strong physical sales in its 24th week on chart.

Biffy Clyro’s MTV Unplugged: Live at Roundhouse - the best-selling vinyl album of the week – debuts at Number 4, and George Ezra’s Staying at Tamara’s (5) holds firm to complete the Top 5.

CHVRCHES claim their third consecutive Top 10 album with Love Is Dead at Number 7, whil A$AP Rocky lands just outside the Top 10 at Number 11 with Testing. Pusha T’s newsworthy week ends with his album Daytona charting at Number 13, and there’s a re-entry for Kylie Minogue’s 2000 album Light Years at Number 36 following its release on vinyl for the first time ever.