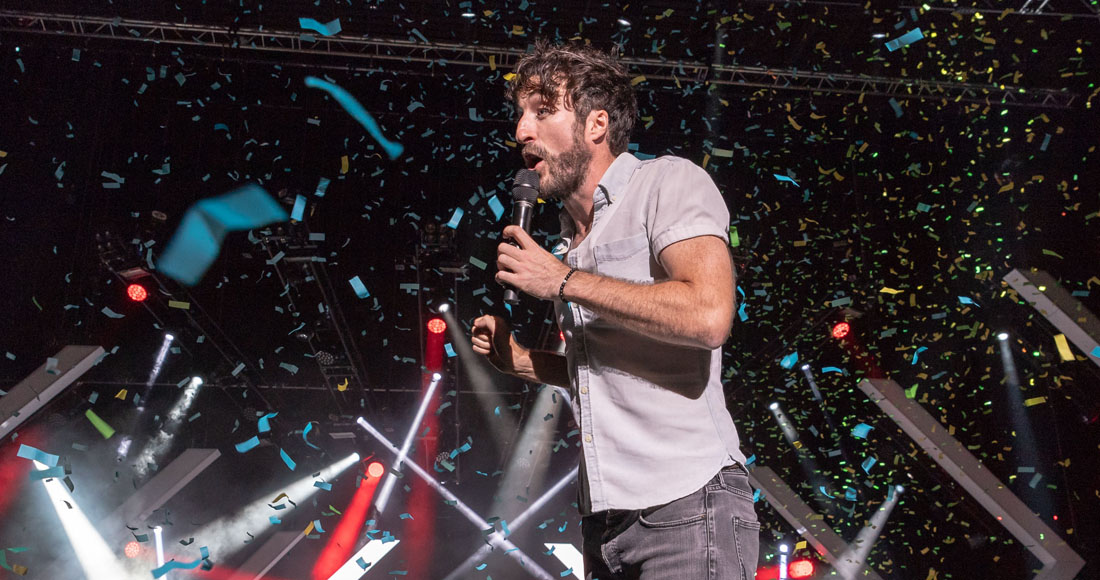 One of the most unique artists in music right now, Ariel Pink is making a stop in Dublin this month as part of his European Tour. The LA-based musician has been described as "the godfather of lo-fi and chillwave", and his track Another Weekend off 2017 album Dedicated to Bobby Jameson is probably what most of the audience will be listening out for.

Thanks Brother is a new project by already established Irish musicians Roisin O and John Broe. Their sound, a fusion of folk tones and contemporary pop, is a fresh contribution to the Irish music scene.  The duo’s debut single We Are Different was released in March and is a glorious anthem that invites to recognise and celebrate people and their marginalities.

The beloved pop superstar is taking her legendary Las Vegas residency show Britney: Piece Of Me on the road this summer. With support from Pitbull, Britney will be taking to the stage in Dublin – her first Ireland concert in seven years - for one night only, performing her greatest hits, from …Baby One More Time to Till The World Ends and beyond.

Rolling Blackouts Coastal Fever’s music is the perfect accompaniment to lazy summer days. The Melbourne five-piece have recently released their debut album Hope Downs, and it’s full of catchy (and at times melancholic) melodies that prove that indie rock can still sound fresh. Go see their Dublin show for a night of wistful, summery tunes.

The Texas-born collective are finally coming to Europe as part of their Stereo Spirit tour, playing a handful of headline shows in between festival appearances. Brockhampton blew up in 2017 when they released Saturation, a trilogy of albums, and since then have developed a cult-like following. Known for their high energy hip hop, intense bars and unorthodox tunes, the self-described boyband will no doubt put on a killer show at The Helix.

Frankie Cosmos is a project born out of the singer-songwriter Greta Kline’s bedroom. What started as Greta releasing self-recorded songs on Bandcamp has now become a band with three studio albums. Fronted by Greta herself and joined by a group of multi-instrumentalists, Frankie Cosmos is soft-sounding indie pop with simple but honest lyrics that speak volumes.

The Brooklyn-based band first gained recognition in 2013 when they released their self-titled debut album. Since then, The Lone Bellow have come a long way. Working alongside The National’s Aaron Dessner, the band released their most successful album so far Then Came The Morning in 2015. Their third and latest record, titled Walk Into A Storm, was released in 2017, and is a solid collection of indie-folk jams.  The Dublin concert-goers can expect a great live show from the band, as fans of The Lone Bellow praise their high energy shows and incredible live harmonies.

A newcomer on the pop music scene, Tim Chadwick is set to play a headline gig in his hometown Dublin. The young singer-songwriter released his debut EP in 2017, and since then his song Belong has racked up more than four million streams on Spotify globally. If you enjoy contemporary pop music with a folk-edge, Tim Chadwick is an artist you should be paying attention to.

The much-loved Irish rock band The Coronas are returning home to play a show at one of Limerick’s most famous landmarks – the King John’s Castle. With five studio albums under their belt – most recently last month with mini album Reprise - The Coronas have established themselves as one of the leading Irish bands. The band is kicking off their North American tour in August, and the iconic 13th century castle is the perfect venue for the band to come home to in between the American dates.

GZA, one of the founding members of the iconic hip hop group the Wu-Tang Clan and a successful solo artist on his own, is going to be performing his critically acclaimed record Liquid Swords for two consecutive nights in Dublin. Liquid Swords is GZA’s second solo album, a true hip hop classic with complex lyrics and contributions from his fellow Clan members. The record that cemented GZA’s status as the strongest lyricist out of the entire Clan is often penned as the best solo record by a Wu-Tang member.

The annual arts and music festival Electric Picnic has captivated the hearts of Irish festival goers thanks to its diverse and eclectic line-up from year to year. This year the festival is taking place over the last weekend of summer and has attracted some big names such as Kendrick Lamar, Massive Attack, Dua Lipa and The Prodigy, just to name a few. Ben Howard, George Ezra, Chrvches, Jungle and Wolf Alice will also be playing, but the whole line-up includes more than 100 acts so there will truly be something for everyone at Electric Picnic this year.

Are you going to any gigs or festivals this month? Tell us below: