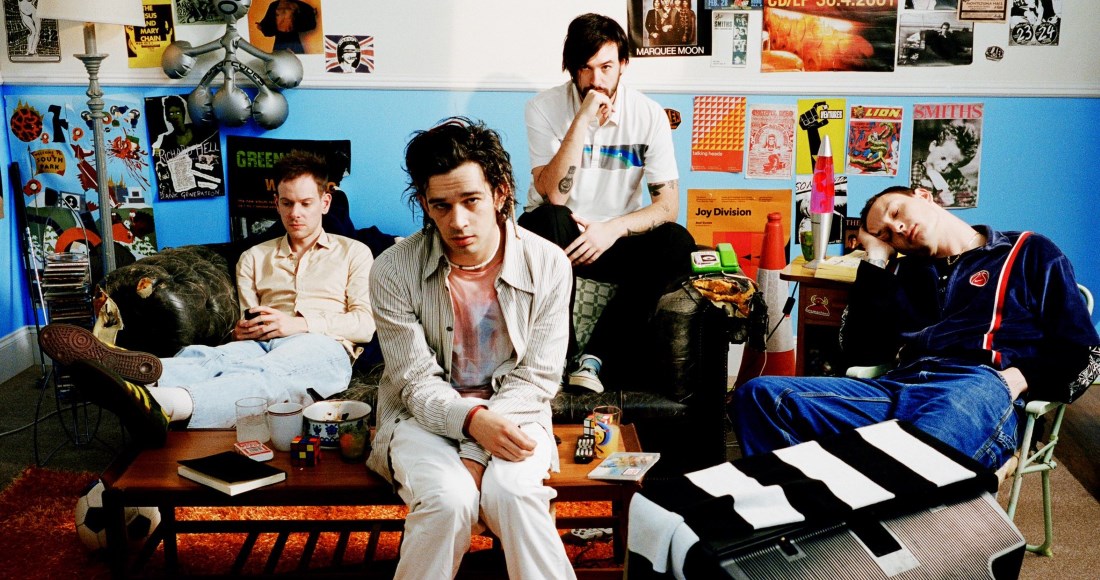 The 1975 are one of the biggest British breakthrough bands of the last decade, building a reputation as one of the world's best live acts. Their passionate fan base have lead them to success the world over, including an unbroken streak of Number 1s on the Official Albums Chart.

While their latest album Notes On A Conditional Form has been subject to a *couple* of delays, the band have achieved some remarkable success in this second part of their 'Music For Cars' era. If You're Too Shy (Let Me Know) instantly became the band' highest-charting single, a clear sign that the band are as popular as ever some seven years into their career.

To celebrate the release of The 1975's fourth studio album, we look back at their biggest songs in UK chart history, ranked in sales + streams order.

The final single from their Mercury-nominated second album, Somebody Else is The 1975 in full heartbreak synth-pop mode. It might have missed the Top 40, peaking at Number 55, but the song lingered around the Top 100 for 11 weeks in 2016, and ranks as the group's third biggest hit. Its tally stands at 633,000 combined sales, including 60.7 million plays on streaming services.

Previously the band’s highest charting single (topping out at Number 15) The Sound places at Number 2 on the band's all-time list. The lead release from their chart-topping second album, Matt revealed at the time that they almost gave the song to One Direction, but “it just didn’t really work very well”. Thankfully it did for them, notching up 19 weeks on the Official Chart with overall sales of 885,000, including 80.3 million streams. Watch back this, ahem, memorable performance of the song at the 2017 BRITs:

The 1975’s breakthrough hit is also their most successful single, with a mighty 1.2 million combined sales, including 88 million streams and 369,000 downloads. The track – revealed by Matt as a “love letter to the authority figures” and about “small town boredom” - was radio staple in 2013. Chocolate was a slow burner on the Official Singles Chart, debuting at Number 71 in February 2013, and eventually peaked at 19 and spent 35 weeks inside the Top 100.