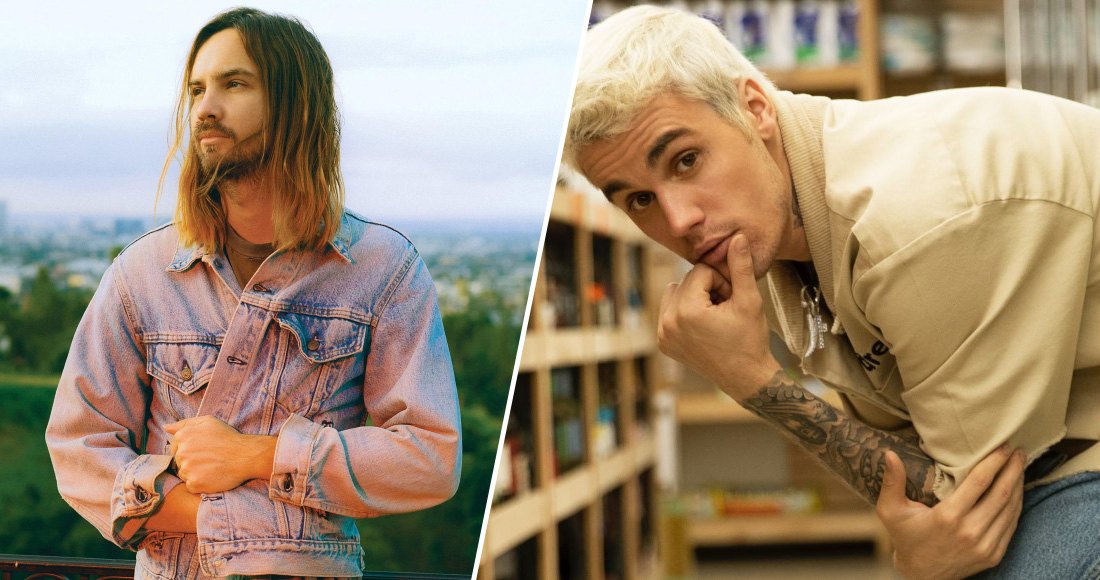 Tame Impala and Justin Bieber are battling for the UK's Number 1 album this week with their new releases The Slow Rush and Changes.

In today’s Official Chart Update, just over 900 chart sales separate the Top 2, with Tame Impala currently in the lead ahead of Justin Bieber.

Tame Impala, aka Australian singer and producer Kevin Parker, is leading the way with his fourth studio album The Slow Rush, racking up the most vinyl sales so far this week. If it holds on until Friday, The Slow Rush would be the first Tame Impala record to reach Number 1 in the UK; 2015’s Currents topped out at Number 3.

Justin Bieber’s fifth studio album Changes is currently in the runner-up slot but leads the way on streaming, while British pop trio New Hope Club are at Number 4 with their self-titled debut, the most purchased album on CD after three days on sale.

New York rapper A Boogie Wit Da Hoodie could collect his first UK Top 10 album with Artist 2.0 at 8, while David Gray’s classic chart topper White Ladder is on track for a chart return following its 20th anniversary reissue, currently at 10. Not far behind at 13 are Northern Irish alt-rock band Ash with greatest hits record Teenage Wildlife.

Further down, deluxe edition of Erasure’s former Number 1 album Chorus was released last Friday (Feb. 14) and is heading for this week’s Top 20 at Number 16; Americana singer Nathaniel Rateliff with And It’s Still Alright opens at 19; posthumous Gary Moore album Live From London starts at 20; and American rap-rock band Hollywood Undead are at 21 with their sixth studio album New Empire, Vol. 1.