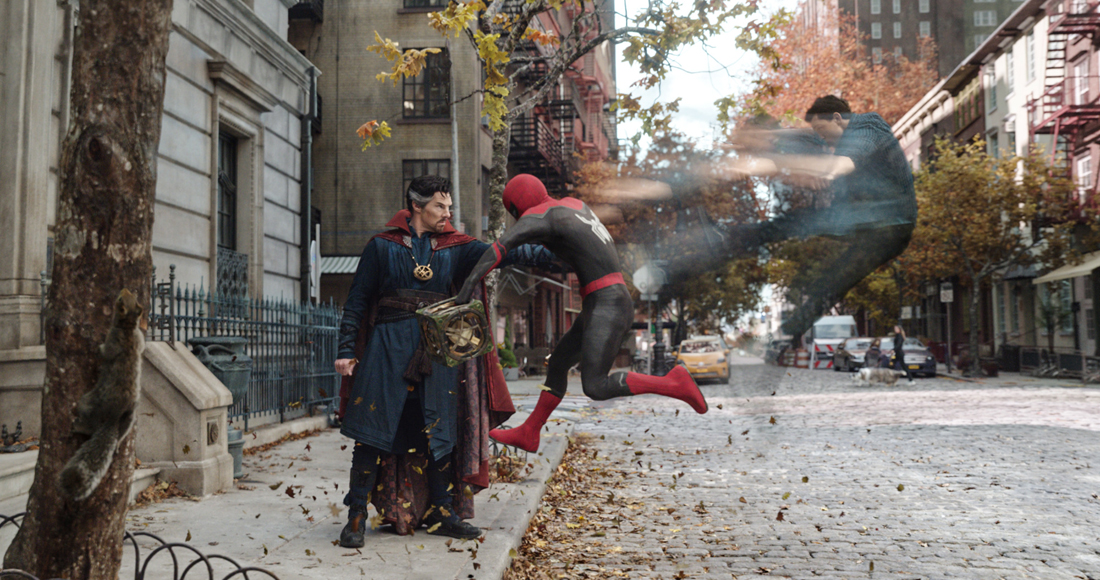 Spider-Man: No Way Home claims a third week as the UK’s Number 1 film, holding strong on digital downloads only ahead of its release on disc.

No Way Home holds off this week’s highest new entry, horror-reboot; Scream (2022). 25 years after the events of the first film, a new killer puts on the Ghostface mask in an attempt to resurrect secrets from the quiet town’s deadly past.

Meanwhile, The Matrix Resurrections (3), Dune (4) and No Time To Die (5) all move down one place, while Encanto (6) climbs two. Clifford The Big Red Dog drops to Number 7 as West Side Story finishes at Number 8 this week.

Following the 2022 Oscars, King Richard flies 22 places to Number 9, entering the Top 10 for the very first time. The film is a biographical look at how Tennis legends Venus and Serena Williams’ lives were shaped by their father’s coaching.

Paw Patrol: The Movie rounds off this week’s Top 10 after leaping seven places to Number 10.