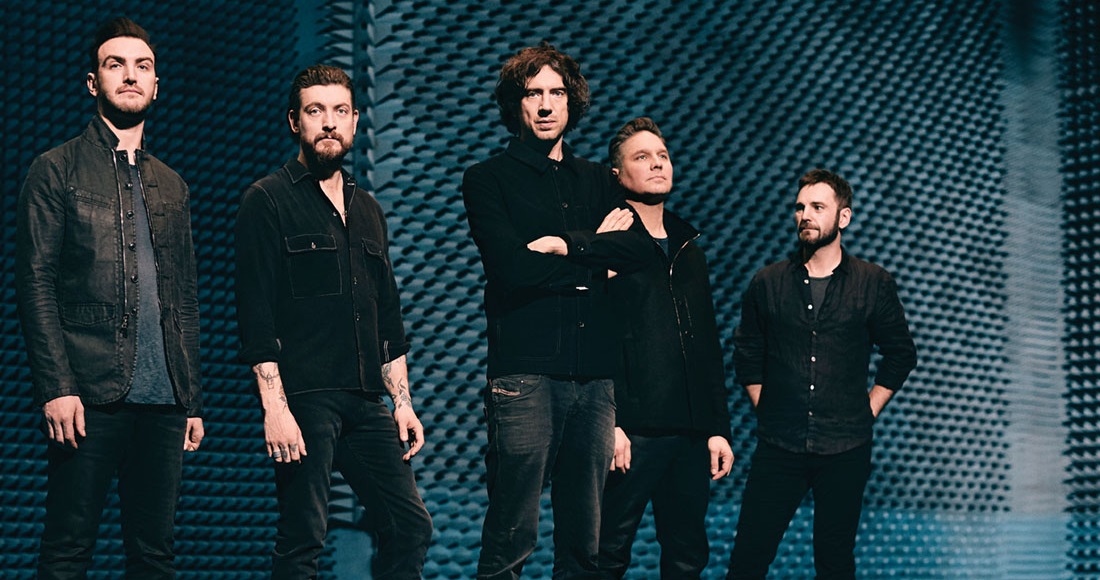 In today’s sales flash, the Northern Irish group’s seventh studio album could become their first Number 1 in over a decade. Back in 2006, the group’s best-selling record Eyes Open topped the charts, shifting 2.4 million copies to go eight times platinum.

Elsewhere in the Top 5, last week’s Number 1 The Greatest Showman soundtrack drops to Number 2, and Shawn Mendes’ self-titled album is set for a Top 3 finish at 3. Biffy Clyro live album MTV Unplugged: Live at Roundhouse impacts at Number 4, and CHVRCHES are on for a second Top 5 with Love Is Dead at 5.

A$AP Rocky is on the verge of a third UK Top 10 album, currently at Number 11 with Testing, while New York rapper Pusha T could push into the Top 40 for the first time with Daytona at Number 13.

Kylie Minogue’s Light Years could return to the Top 40 for the first time since 2002 during her 50th birthday week following an exclusive vinyl release (19), John Williams’ score of the latest Star Wars spin-off Solo: A Star Wars Story is at 20, and keyboardist Kamaal Williams has his eyes on Number 37 with his debut album The Return.

Finally, several albums are experiencing uplift following BBC’s The Biggest Weekend. Taylor Swift’s Reputation vaults 11 to Number 23, The Shires’ third album Accidentally On Purpose rebounds 16 to Number 25, Lungs, the debut album from headliners Florence & The Machine rockets 75 slots to Number 32, and Liam Gallagher’s As You Were scales 41 positions to Number 39.