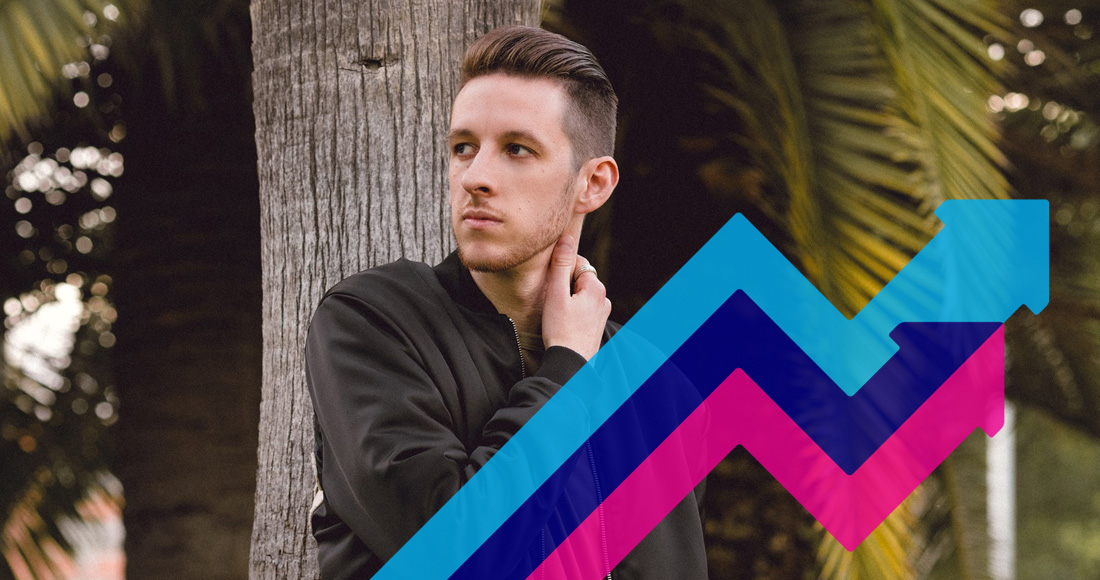 Sigala's latest single Just Got Paid has been a slow burner on the charts; but this week climbs to Number 1 on the Official Trending Chart - the UK's Top 20 songs making a big impact.

Eight weeks after its release, the British DJ and producer's mega-collab with Ella Eyre, Meghan Trainor and French Montana is on course to enter this week's Official Singles Chart Top 10, currently up two places to Number 10 in the latest sales flash.

If it holds its position, it'll be Sigala's seventh Top 10 single and second of 2018, following the Paloma Faith-assisted Lullaby in May. Both songs feature on his debut album, Brighter Days, which debuted at Number 14 four weeks ago. View Sigala's complete Official UK Chart history.

INTERVIEW: Sigala talks Avicii and working with Kylie on his debut album

Another song making a big impact this week is XXXTentacion's Arms Around ft. Lil Pump, Maluma and Swae Lee. The track, released last week, is on course to be the highest new entry on this Friday's Official Singles Chart (Nov 2), currently at Number 12.

Elsewhere, Steve Aoki's new collaboration with South Korean boyband BTS, called Waste It On Me, is making a strong impression this week. The US EDM producer previously remixed the band's single Mic Drop, which has over 365 million views on YouTube.

Ellie Goulding's return is also making waves this week; Close To Me ft. Diplo and Swae Lee is the singer's first headline release 2016's Still Falling For You. Shawn Mendes' Lost In Japan is rebounding back up the chart following the release of a new remix by Zedd, and Cardi B's brand new track Money also makes this week's trending Top 20 - her first solo track since the release of her Invasion Of Privacy album.