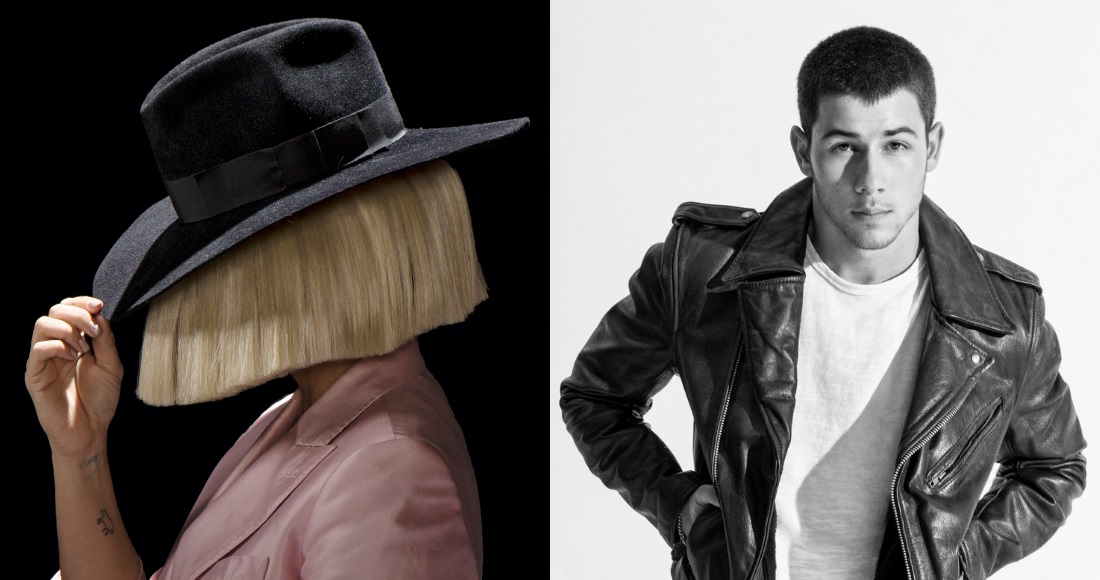 Sia and Nick Jonas are this week's major climbers on the Billboard Hot 100 chart in the US.

Sia's Cheap Thrills cracks the Top 10 for the first time, giving her fourth Top 10 stateside following Chandelier, and her features on David Guetta's Titanium and Flo Rida's Wild Ones. The Sean Paul collaboration has risen five places to Number 8, matching her best position as a lead artist; Chandelier achieved the same placing in August 2014.

Cheap Thrills has been in the UK's Top 10 for 15 weeks, peaking at Number 2 where it stuck for four weeks straight. Judging by its performance on our shores, the This Is Acting track has further gains to make.

At the top of the chart, Drake's One Dance is Number 1 for a sixth non-consecutive week. Justin Timberlake rebounds one place to 2 with Can't Stop The Feeling, Desiigner's Panda drops one spot to 3 and Numbers 4 and 5 remain the same as last week; those slots are occupied by The Chainsmokers' Don't Let Me Down and Fifth Harmony's Work from Home.

Rihanna has two entries in the Top 10, both of them climbing to new PBs in the past seven days. This Is What You Came For with Calvin Harris hops one place to 6 and Anti track Needed Me jumps two places to Number 7.

On the Billboard 200 albums chart, Drake holds firm for a seventh straight week with Views, holding off Nick Jonas' Last Year Was Complicated at 2.

Views now holds the longest consecutive reign on the albums chart for a male artist since Eminem's The Marshall Mathers LP in the year 2000. Adele's 25 was the last album to manage seven weeks at the top back in December of last year.