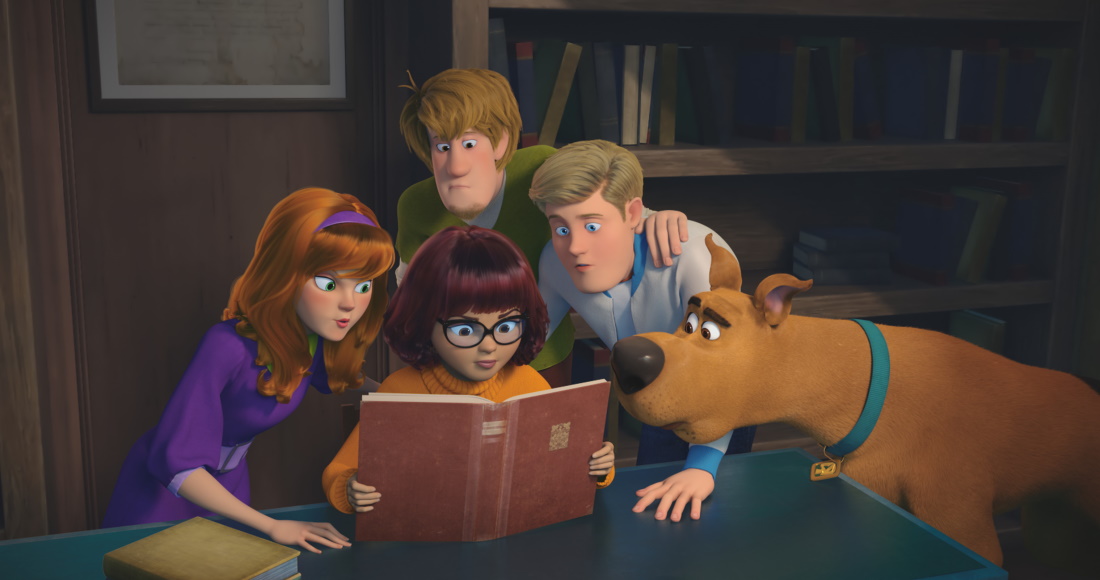 Scoob! goes straight to the top of the Official Film Chart on digital downloads only.

Following an early rental period the first full-length animated adventure from Scooby Doo and the gang knocks Trolls World Tour to Number 2 as it enters at Number 1. The film features a star-studded cast that includes Will Forte, Mark Wahlberg, Amanda Seyfried, Ken Jeong and Zac Efron alongside the iconic voice of Scooby Doo, Frank Welker.

In Scoob! we learn how the inseparable Scooby and Shaggy first met and joined Fred, Daphne and Velma to form the now-famous Mystery Inc.

Meanwhile, Star Wars IX: The Rise of Skywalker holds at 3 just ahead of 1917 at Number 4, and a five-step climb from Little Women at Number 5. Spider-Man: Far From Home (6) and Bad Boys For Life (7) hold their places just ahead of Lady Gaga and Bradley Cooper in A Star Is Born, which flies 11 places to Number 8.

Rounding off the Top 10, Sonic The Hedgehog is at Number 9 and Jumanji: The Next Level lands at 10.

Other big Top 20 entries include Goodfellas, which enters at Number 11 on its 30th anniversary, and a second brand new Scooby Doo adventure, Happy Halloween Scooby Doo at 13.

This week’s Official Film Chart features a preview of Ben Affleck in basketball drama Finding The Way Back, available to Download & Keep from September 28.