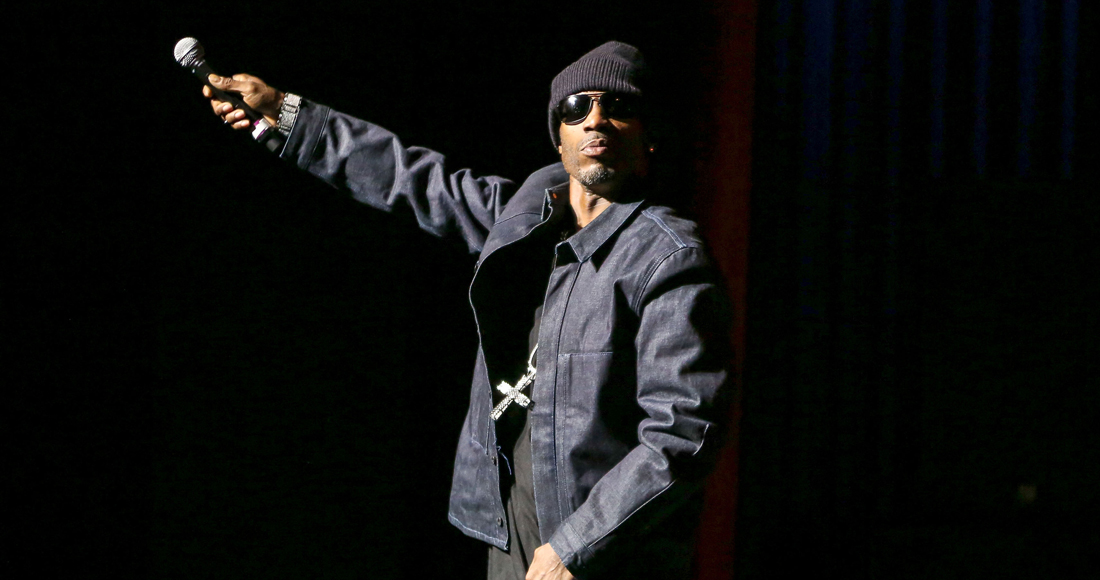 Sales and streams of DMX's music have surged in the UK as fans pay tribute to the hip-hop icon, OfficialCharts.com can reveal.

News of DMX's death broke last Friday (April 9) after he suffered “catastrophic cardiac arrest”, according to the hospital in White Plains, New York, where he was admitted on 2 April.

Two of rapper's iconic songs are expected to return to the Official Singles Chart this week. His signature hit X Gon' Give It To Ya is currently at Number 51 in the latest sales flash, with its UK chart sales up 526% week-on-week. The song originally peaked at Number 6 in 2003.

Meanwhile, chart sales of his 1998 single Ruff Ryders Anthem are up a massive 793%, placing it at Number 89 in the latest update.

On today's Official Albums Chart sales flash, DMX's greatest hits The Best Of is at Number 6 with a huge week-on-week uplift of 13,513%. The collection, released in 2010, hasn't charted in the UK before and could earn the rapper his second Top 10 collection following 2003's Grand Champ.

A family statement said DMX, born Earl Simmons, died with relatives by his side after several days on life support. “Earl was a warrior who fought till the very end," they said. He loved his family with all of his heart and we cherish the times we spent with him.

“Earl’s music inspired countless fans across the world and his iconic legacy will live on forever.

“We appreciate all of the love and support during this incredibly difficult time. Please respect our privacy as we grieve the loss of our brother, father, uncle and the man the world knew as DMX."

DMX first made his mark in rap in 1998, scoring two Number 1 albums in the US in less than one year, something only a few acts such as Tupac Shakur and Led Zeppelin had achieved.

He also fronted the Ruff Ryders collective, the label that launched the careers of Grammy winners Eve and Swizz Beatz.