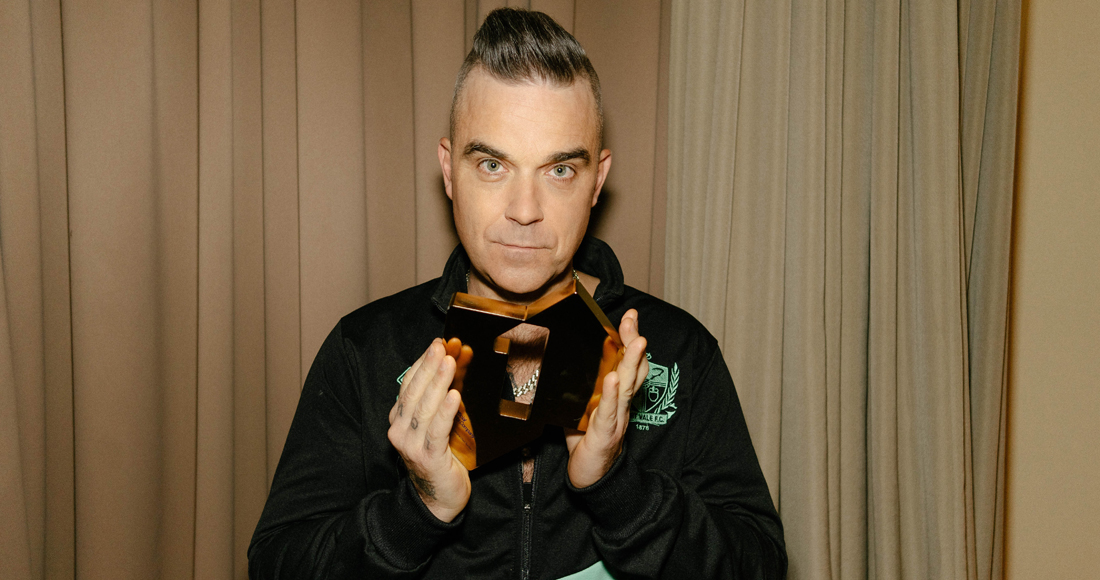 After missing out on the top spot to Coldplay last week, The Christmas Present lifts 2 to 1 with 53,000 chart sales. It becomes Robbie’s thirteenth Number 1 album, matching Elvis’s record as the solo act with the most chart-toppers in UK chart history. The overall record is held by The Beatles with 15.

"Thank you to everybody who supported it. It's an incredible achievement - it means more to me than any of the other albums I've ever had. Come on!" Watch Robbie's hilarious video message below:

Meanwhile, Rod Stewart’s You’re In My Heart - an album of Rod’s classic vocals newly arranged with the Royal Philharmonic Orchestra – lifts 3 to 2, and last week’s Number 1 Everyday Life by Coldplay drops 1 to 3.

Christmas has arrived: Michael Bublé’s Christmas album, first released in 2011, leaps seven places to Number 7, returning to the Top 10 for an eighth year.

Cliff Richard & The Shadows are new at Number 11 with The Best of Rock ‘n’ Roll Pioneers, marking Cliff’s 65th Top 40 album; Chilled Classics by Pete Tong, The Heritage Orchestra & Jules Buckley enters at Number 20; and Christmas With The Stars by the Royal Philharmonic Orchestra lands just behind at Number 21.