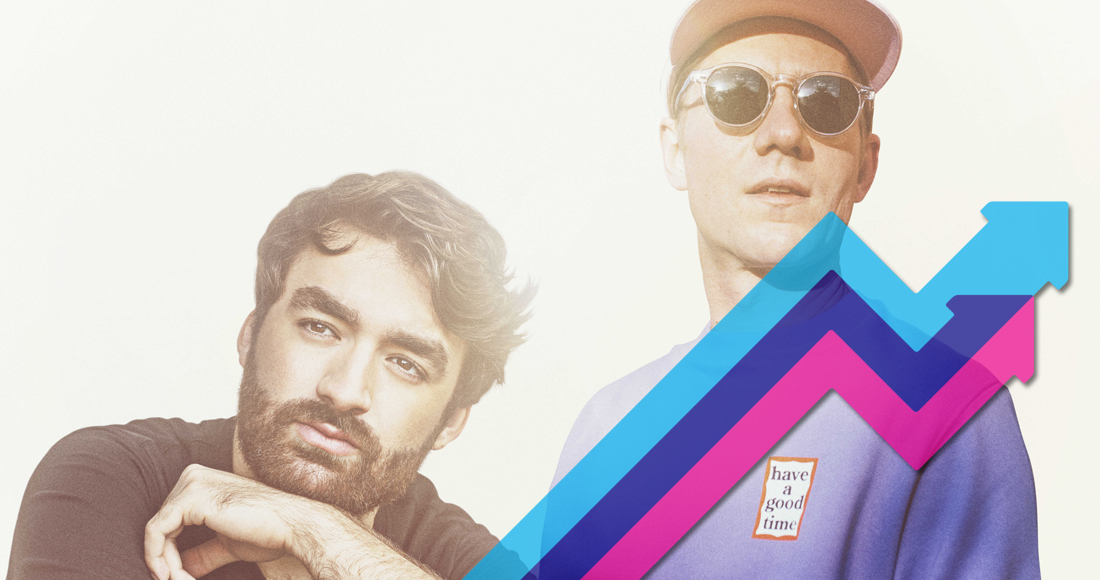 Riton and Oliver Heldens' Turn Me On is shaping up to be a big hit in the UK as it claims Number 1 on this week's Official UK Trending Chart.

The dance track tops the chart of 20 new songs making waves in the UK right now, based on movement up the Official Singles Chart.

Turn Me On, which samples Yazoo's 1982 hit Don't Go and includes the hook of First Choice's Doctor Love, is on track to enter the Top 10 on the Official Singles Chart this Friday (Oct. 25), currently up six places to Number 9 in the latest sales flash.

The pair recently told us about how the song and its music video pay homage to dance-pop from the early 2000s, with British producer Riton explaining: "I wanted a cool 2000s Ministry Of Sound style [with] an Eric Prydz, Benny Benassi-type funny video."

Elsewhere on the latest Official Trending Chart, Aitch's Buss Down ft. ZieZie continues to grow and could land in this week's Top 10, while Maroon 5's Memories continues to scale the Top 40 following the release of its emotional music video.

Other recently-released songs growing quickly at the moment are Lose Control by production trio Meduza ft. Becky Hill & Goodboys, Jax Jones' collaboration with Ella Henderson This Is Real, and Mark Ronson's Don't Leave Me Lonely ft. Yebba. The latter has seen a boost in his latest album Late Night Feelings and its spinoff singles after the unveiling of his BBC Two documentary From The Heart.

Meanwhile, brand new tracks impacting in the trending Top 20 include Katy Perry's Harleys In Hawaii, her third standalone single following Never Really Over and Small Talk, and Krept & Konan's G Love ft. WizKid, the latest release from their upcoming album Revenge Is Sweet, out on November 1.