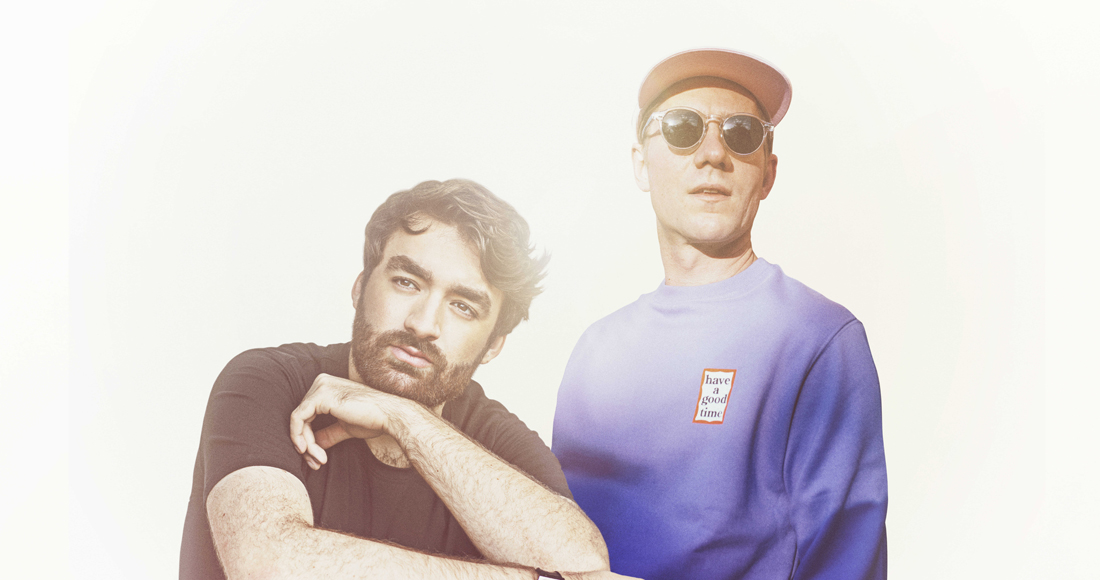 There's something about Riton and Oliver Heldens' new single Turn Me On that feels strangely familiar - and we're not talking about the sample of Yazoo's 1982 hit Don't Go or the interpolation or First Choice's Doctor Love.

The track, which made its Official UK Top 40 debut last week, along with its music video, hark back to a specific era in the Noughties, when disco synth-pop sampling was rife in the charts. See: Eric Prydz's Call On Me, Freemasons' Love On My Mind and Cabin Crew's Star To Fall.

With Turn Me On earning Grammy-nominated British producer Riton his second UK Top 40 hit and Dutch producer Oliver his third (including Number 1 smash Gecko), we spoke to the pair about balancing their status as underground DJ idols with being mainstream dance superstars.

You’re both good at making club-focused songs as well as radio friendly hits. When you’re working on a song, do you know if it’s going to be one or the other?

Riton: Yeah, I play more instrumental stuff live, playing a few vocal accapellas, but this is the perfect last tune in a set so I love these moments and love making more minimal tracks and pop. It’s all fun and challenging.

Oliver: To be honest six years ago I would never have expected to get any Top 40 radio plays when I made tracks like Gecko, Koala and my Can’t Stop Playing Remix. I was very focused on making club songs at that time and when those tracks turned out to be big club/DJ hits, I was very lucky to receive some amazing toplines over those tracks, which made them so suitable for radio. I love how Turn Me On sits right in the middle, having the best of both worlds - it’s being played in the clubs by so many DJs and at the same time being played all over Top 40 radio. But, when you’re working on a song, you just never really know.

What was it about Yazoo's Don’t Go that made you want to re-work it?

Riton: I loved that LP Upstairs at Eric’s. It’s a genius piece of work. I watched a lot of YouTube videos on [Yazoo producer] Vince Clarke and when I sent him the demo of Dr Love/Turn Me On he was into it, so we got together and finished the track with Oliver.

What did Yazoo make of the finished track?

Riton: Vince gave it a big thumbs up, so that’s just a huge compliment!

Oliver: I’m not sure what they think of it, besides that Vince Clarke approved us to sample his Don’t Go synth, which is great!

The track and its music video feel like a throwback to dance-pop from the 2000s. Are we at the start of a revivial of that style?

Riton: I wanted a cool 2000s Ministry Of Sound style - an Eric Prydz, Benny Benassi-type funny video. So that was the general vibe I was going for.

Oliver: Yes definitely! Our intention was to get a very throwback dance music video for the song and I’m very happy with the result, props to [director] Elliot Simpson.

Which one of you considers themselves a real Doctor Love?

Oliver: I’m alright with girls, but I wouldn’t call myself a Doctor Love. I’ve never really fallen in love, so I’ve never committed to a serious relationship.

Riton x Oliver Heldens' Turn Me On is out now.