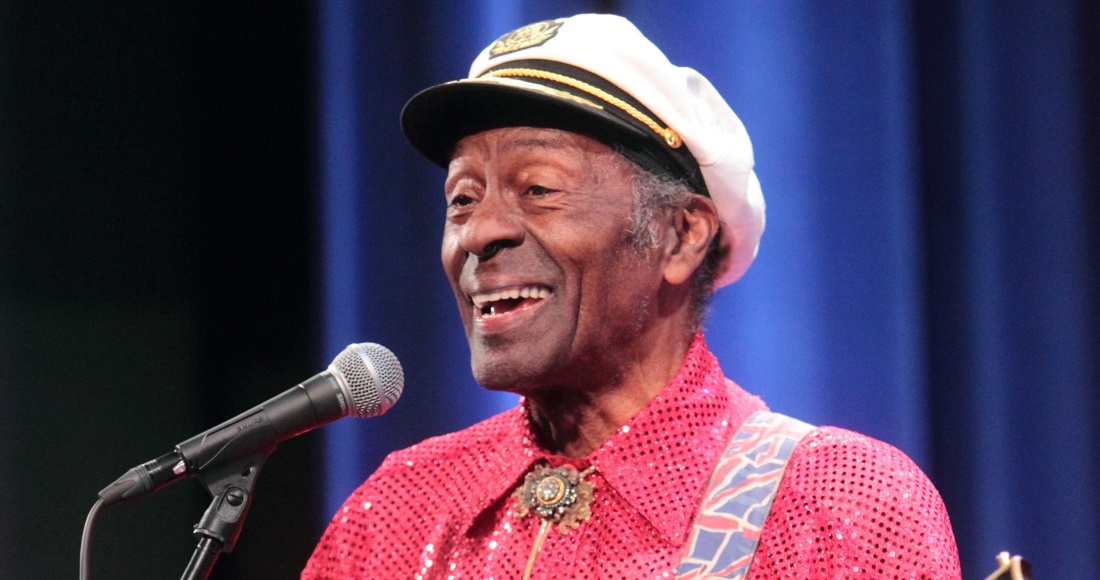 The Rock and roll scene has been rocking and rolling a little less in the last few days following the death of legendary artist Chuck Berry at the age of 90.

The singer-songwriter and iconic guitar player was credited as revolutionising the rock and roll genre with hits like Johnny B. Goode, Let It Rock, and No Particular Place To Go, but its perhaps his biggest hit, the UK Number 1 single My Ding-a-Ling that has the most interesting story.

Written and released by New Orleans-based record producer, composer and trumpeter Dave Bartholomew, My Ding-A-Ling was originally all about silver bells hanging from a string, a gift from the grandmother of the singer. She refers to them as his ding-a-ling, hence the title of the song.

It was that innuendo which why the song really kicked off, all by chance, thanks to Chuck Berry's cover in 1972. Chuck recorded a version of the track, renamed My Tambourine in 1968, but it was a live version that led the song to chart-topping new heights.

MORE: View every UK Number 1 ever with our definitive list of chart toppers

During his performance at the Lanchester Arts Festival at the Locarno Ballroom in Coventry, Chuck got the crowd involved during the song's chorus, asking the women to sing "I want you to play with my" while the men in the audience would shout "ding-a-ling".

Luckily for Chuck, the entire thing was filmed due to Pink Floyd performing a recorded gig the slot after Chuck's. That chance happening led to the song being released in its live fashion, resulting in Chuck's only UK and US Number 1 single. People couldn't quite get enough of Chuck's ding-a-ling, and rightly so.

The song opened on the Official Singles Chart at Number 38 on October 22, 1972, climbing to Number 1 four weeks later. At its four weeks at Number 1, My Ding-a-Ling fended off Slade's Gudbuy T'Jane and The Osmonds' Crazy Horses.

One of the Osmonds got the last laugh however; Little Jimmy Osmond's Long Haired Lover from Liverpool dethroned Chuck's Ding-a-Ling, becoming the youngest artist to ever hit Number 1, aged 8 years old.

MORE: Look back at My Ding-a-Ling's full UK chart run

My Ding-a-Ling is just one of almost 1,300 songs to have reached Number 1 on the Official Singles Chart. You can now listen to each and every one of them - from Ed Sheeran and Adele to Mr Blobby and Teletubbies - on our newly-launched Spotify channel.

Click to subscribe to us on Spotify, Deezer and Apple Music and hit play to listen to every Official UK Number 1 single below: