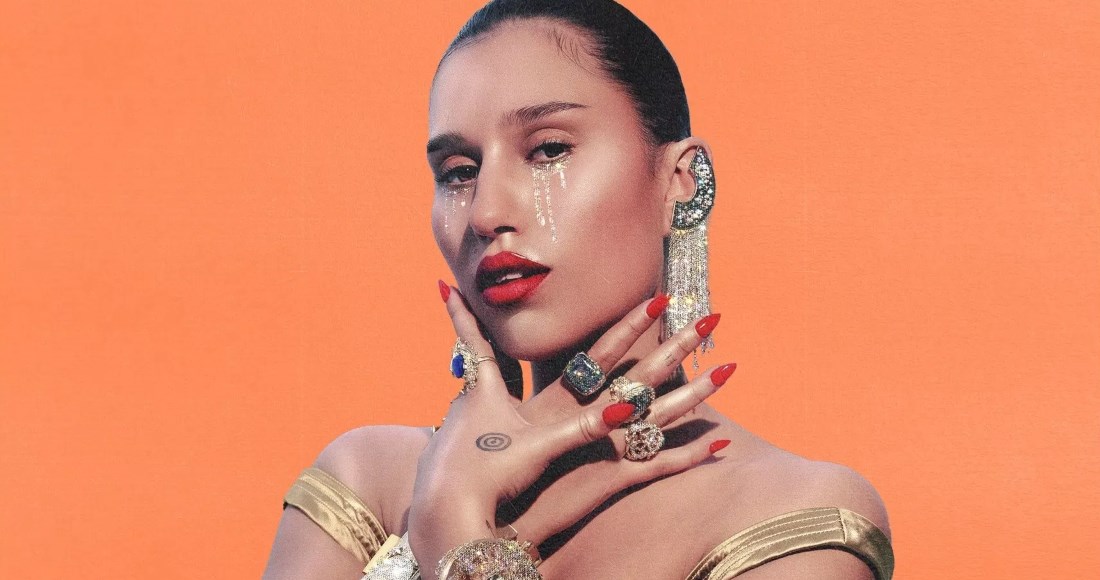 Raye recently thanked fans on Twitter for patiently waiting for her new music. While writing for some of the biggest artists on the planet like Beyoncé comes with its obvious perks, the multi-talented singer-songwriter has been chomping at the bit to put out songs as an artist in her own right. Getting the balance isn't always easy.

"It's tough in a lot of senses, the 21-year-old told us. "If you put more time into something, you get a better product. I have such a passion for writing - not just for myself, I love helping people create a story, create a song sculpture. I'm so passionate about it and becoming good at it. I thrive in it.

"It's just difficult when I might write a song for an artist and I've put a lot of my style on there. Then there's times when an artist wants me to fly to America and help finish her record; I really want to, but then I have to consider the fact I'm going on tour with Khalid in September and I've got songs to release! It's a tough balance. After this Beyoncé moment, I'm going to take a pause and only do writing with people I adore."

Love Me Again is a very different sound from you. Do you feel like you've found your groove with this song?

"Yeah it definitely is [different]. I've been experimenting with this '80s sound I've fallen in love with. That reverb snare and 4/4 [time signature] - the feeling of that. I think you can get really soulful with it but you still keep it as something people can move to, you know?

"This song is just so special to me, it feels good. It's the most relevant to what I'm going through right now. I think it's really important as an artist to be honest; music for me is like baring your soul. It feels amazing to get it out. It empowers me, [which is] a beautiful thing. It's like a diary put out there for everyone to listen to. I think it's a really good song, I really believe in it."

You scored your first Top 40 hit in 2016 but haven't released an album yet. Is Love Me Again part of a wider project?

"It is definitely is the start of a new chapter. I have a few songs that I'm working on finishing up that I feel flow into it. I'm not sure how it's going to be packaged just yet, but there's definitely a lot of music coming this year."

A lot of artists are releasing standalone singles at the moment, your track with David Guetta being an example of him seeing what sticks. Are you a fan of that approach?

"I see it like this. Music is so fast-paced now. People aren't really taking the time to dig into an album like we used to. You used to go to the shop, buy a physical copy and put it in your CD player and listen to it over and over again and learn all the words. I feel like that's something we miss today.

"Music isn't as embraced as it should be. I've earned the right to put out an album and I would really love to have a project where people will listen to every song. I'm going to put these songs out, and hopefully it will lead to an album."

Speaking of albums, you wrote Bigger on Beyoncé's new record The Lion King: The Gift. How does an opportunity like that come about?

"It's a crazy way how it happened actually. I was in Ghana at the time with a big Afrobeats producer called Guilty. We were getting a lot of Ghanaian, west coast artists to do songs for a side project. Some of the songs ended up getting to Beyonce's team and they reached out. I was invited to come to this big writing process and then we got into the studio.

"I wrote a lot of songs - I put a shift in. But she fell in love with Bigger. She's an artist that can really say something with this song, we were so excited. It's a beautiful message and I think all people can appreciate feeling insignificant at some point in their lives. It was an incredible experience."

So how many songs did you actually pitch to Beyoncé, and could they be used for your own project?

"Maybe 25? Not all of them were written at those studio sessions and some were written with my artist project in mind. I think they're all fluid so I wouldn't be surprised if I get to release some of those songs."

We hear you're in the studio with Normani too...

"She is an incredible friend. She's like my sister. We talk all the time and she's completely rooting for me as well. I've written some amazing records with her. She wants me to help her finish some stuff off and edit some stuff. She's taking her time. I think it's important for the first album to get it right. It's not something to be rushed. Incredible songs are constantly being created."

You're focusing on yourself in the coming months, but who is your bucket list artist that you are yet to work with?

"I would LOVE to work with Alicia Keys. I'm going to find some way to make it happen. [laughs] I'm just going to ask my publisher to reach out and be like 'tell her I wrote a Beyoncé song!"