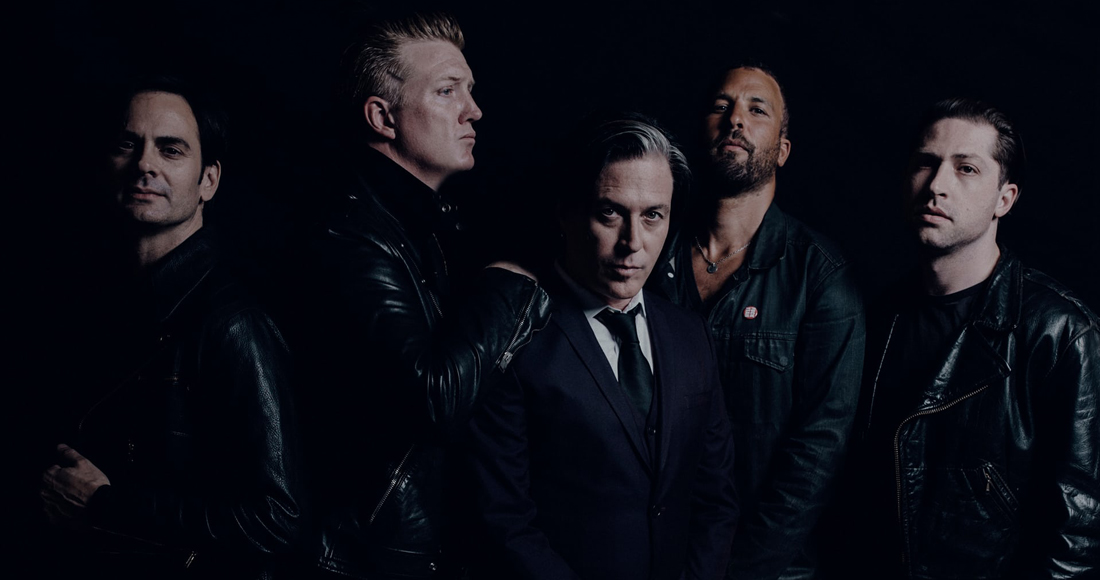 Queens of the Stone Age are on course to claim their first Number 1 record and lead an all-American rock band race for the top spot on this week’s Official Albums Chart.

The band’s seventh studio album Villains - produced by Mark Ronson - is leading the charge on the albums chart, currently outselling its closest rival by 3:1. Four of the band’s previous six records have landed inside the Top 10, with 2013’s Like Clockwork peaking at Number 2. Check out their full Official UK Chart history here.

Fellow American rockers War On Drugs are currently in second place with their fourth collection A Deeper Understanding - all but certain to earn the band their first Top 10.

Also on track for a personal best are Massachusetts trio PVRIS, their second album All We Know Of Heaven, All We Need Of Hell starts at 3.

Meanwhile, former Westlife singer Shane Filan could be claiming his second Top 10 album as a soloist this week – his third collection Love Always is at Number 5, and Fifth Harmony’s new, self-titled album is on course to become their second Top 10, currently at 7.

US southern rockers The Cadillac Three open at Number 10 with their third album Legacy, US rapper XXXTentacion opens at 13 with his debut record 17, and hip-hop star Lil Uzi Vert is at 15 with his new album Luv Is Rage 2.

Further down, Iron & Wine’s Beast Epic (34) and Nadine Shah’s Holiday Destination (37) could be landing in this week’s Top 40, and a number of albums are tracking massive climbs: Haim’s Something To Remember is up 27 places to 19, Paramore’s After Laughter so far re-enters at 30, and Kasabian’s latest record For Crying Out Loud is up 48 spots to 38.