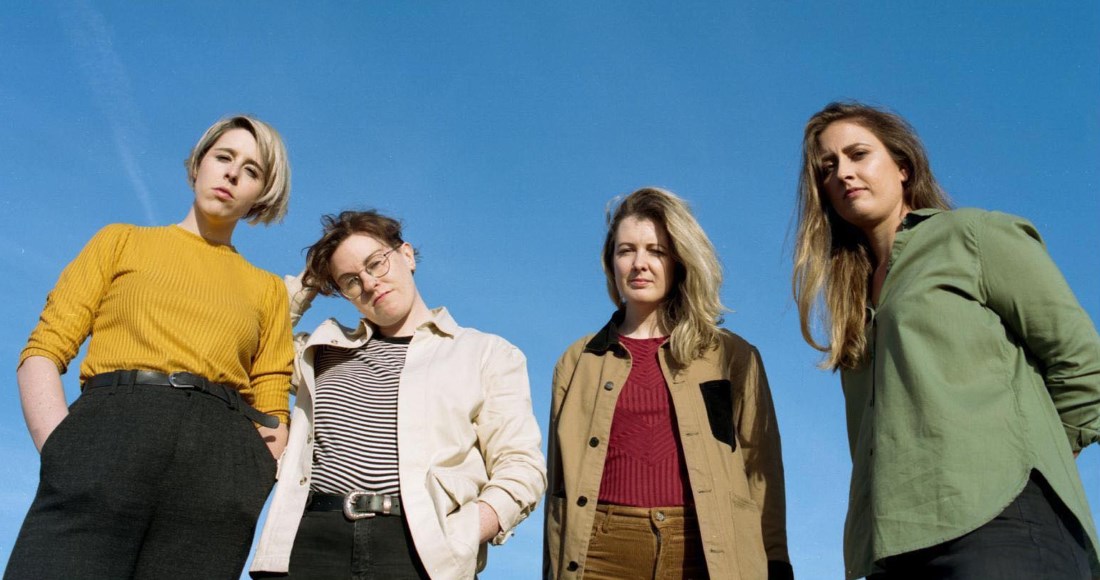 Pillow Queens have revealed that work has begun on their second studio album.

The Dublin alt-rock four-piece confirmed the news on Twitter, captioned with a photo of Cathy, Pamela, Rachel and Sarah looking jubilant at sharing the exciting announcement.

The four had just been for a swim in the Atlantic off the coast of Donegal, the same ritual they did prior to recording their first album to get their creative juices flowing.

Album 2 is it? Gwan so. pic.twitter.com/g1RrT8ZuGD

The upcoming album will be the quartet's first since signing a publishing deal with Seattle's Sub Pop Publishing.

Pillow Queen's debut album In Waiting reached the Top 30 of the Official Irish Albums Chart on release, and spawned the Homegrown Chart Top 20 singles Holy Show and Liffey, the latter of which the band performed on James Corden's The Late Late Show in the US. In Waiting was also nominated for the 2020 RTÉ Choice Music Prize.

In May 2021, Pillow Queens scored their highest chart position to date when their cover of The Cranberries' When You're Gone reached Number 4 on the Official Irish Homegrown Chart. That track is taken from charity album Salvation - Inspired by The Cranberries, released on October 1st 2021 in aid of suicide prevention charity Pieta.