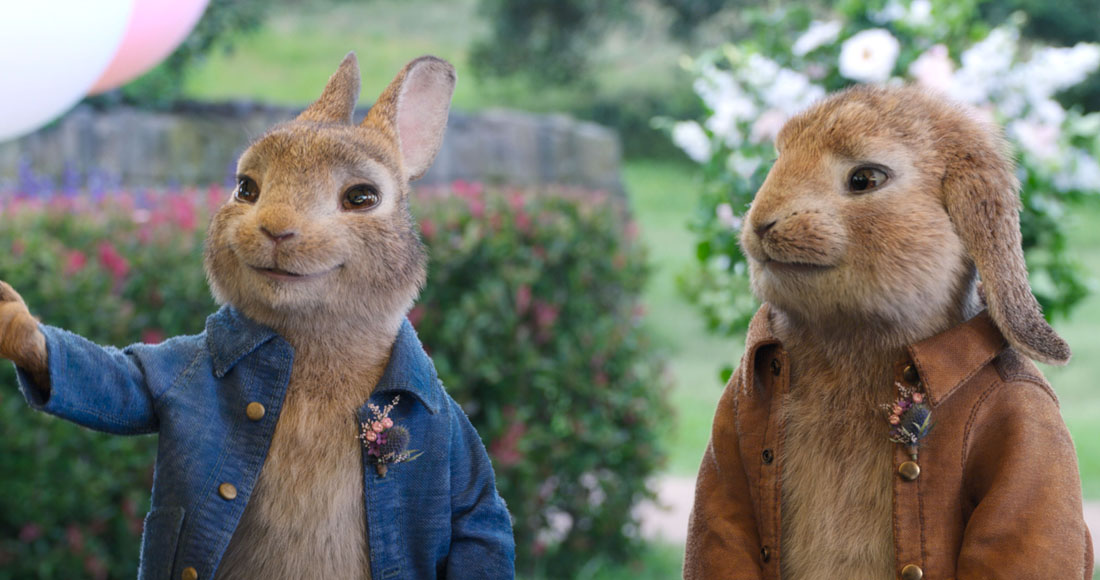 Peter Rabbit 2 hops straight to Number 1 on the Official Film Chart, while the loveable rabbit occupies a further two places in this week’s Top 20.

The animated adventure comedy film – featuring the voice of James Corden as the title character -  claims the top spot based on digital sales only, ahead of its release on DVD and Blu-ray on August 2.

Meanwhile, a boxset of Peter Rabbit 1 & 2 enters at Number 2, while the first 2018 film appears as a standalone release at Number 17.

A 4k Blu-ray re-release of Quentin Tarantino-written True Romance sends the 1993 US romantic crime into the chart at Number 4, and last week’s Number 1 Mortal Kombat (2021) drops to Number 5.

Further down, sci-fi film War Of The Worlds 2021 makes its debut at Number 15, and comedy horror Werewolves Within – a film adaptation of the popular video game -  is new at Number 19.

This week’s Official Film Chart online show features a sneak peek at supernatural horror The Unholy, which is available to Download & Keep from August 2. Watch below: