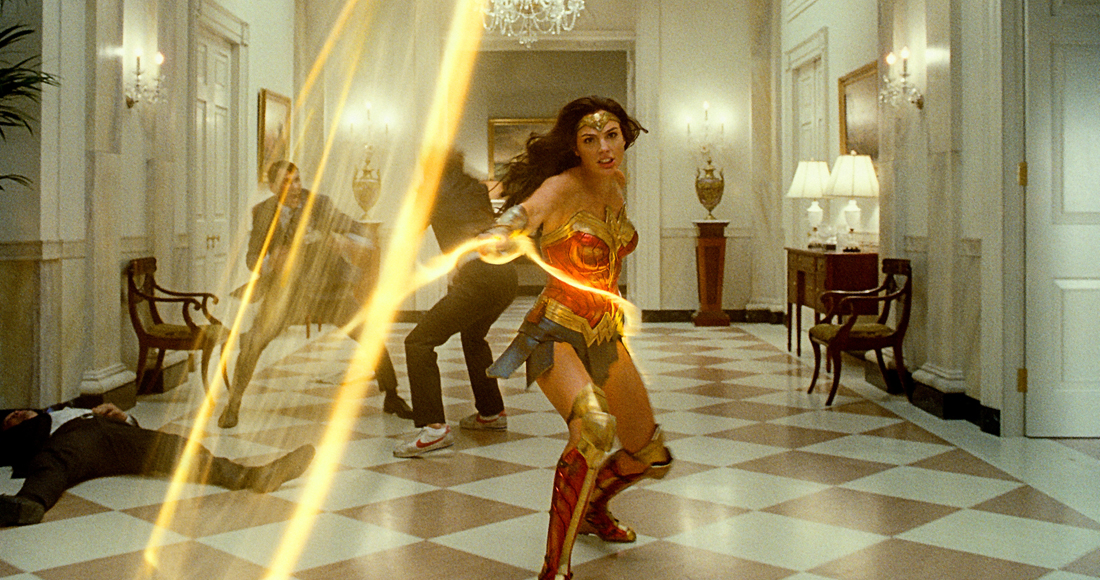 Wonder Woman 1984 is the biggest film of 2021 so far, Official Charts Company data has revealed.

The film tops out the year-to-date chart, which lays out the Top 40 biggest films in the UK across disc and digital sales of the first six months of 2021.

Wonder Woman 1984 has racked up 216,000 sales over the first six months of the year, and is the top seller on both Digital and Physical formats.

67% of its total is made up of physical copies across DVD, Blu-ray and 4k UHD, and the other 33% on digital download. The DC films production starring Gal Gadot spent six consecutive weeks at Number 1 on the Official Film Chart, and 18 weeks in the Top 10.

Zack Snyder’s Justice League lands at Number 2, though it’s closely followed by Godzilla vs. Kong at 3, with just 1,600 sales between the two films which have each spent several weeks each at Number 1 on the Official Film Chart.

The biggest film not released this year is Spider-Man: Far From Home, which lands at Number 4, and Tenet is at Number 5. Still one of the UK’s most successful films more than three years post-release, The Greatest Showman comfortably lands a placing in the year-to-date Top 10 at Number 6.

While animated films such as Trolls World Tour (14), Sing (20), Soul (24) and SCOOB! (25) are among the most popular of the last six months, several features where real life and animation collide are also performing well in 2021, with Tom & Jerry: The Movie at Number 13, Sonic The Hedgehog speeding in at 16, Peter Rabbit hopping to Number 27 and Pokemon: Detective Pikachu landing at Number 37.