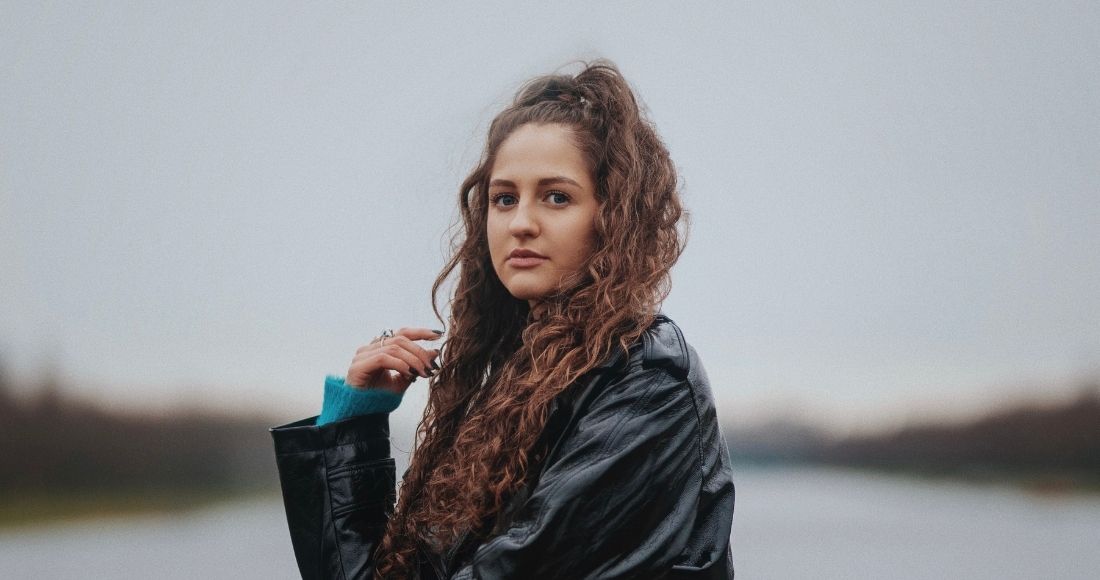 Paige Cavell learned how to be a pop star through exceptional circumstances; through basically becoming an apprentice to British pop contortionists Xenomania, the production house best known for being the masterminds behind Girls Aloud's sonically innovative catalogue, as well as hits for the likes of Sugababes, The Saturdays and Kylie Minogue.

But now, Paige is stepping out on her own. After amassing a massive following on TikTok (over 100,000 fans and counting!) she's ready to step out on her own, releasing her massive-sounding self-written bop ROYL through TikTok's music distribution service.

Now a fully independent artist, Paige is not aiming for lo-fi tastemaker; ROYL sounds massive and is immaculately produced and mastered, sounding as crisp and clear as any main pop girl.

We jumped on a Zoom with Paige to talk about the new bop and her journey to what promises to be a very exciting pop career.

Hi Paige! ROYL is your first release as a fully independent artist - how does that feel?

I'm one of those people that really thrive being an underdog in certain circumstances. It makes me want to fight, you know? You do feel like you're constantly working, and of course the other side of that is that you are completley on your own. It's daunting. I have a day job, I do some teaching on the side and then in the evenings, I do all the TikTok stuff. I find myself writing lists a lot, and then losing the lists. It's very stressful.

You wrote ROYL solo - that makes it all the more personal right?

It's a really personal one because, as you say, this is my first independent release. I literally wrote it in my bedroom and recorded it in my friend's uni studio. So its very DIY, but I love it. Originally, the song was a lot darker! It was lockdown, I was in that headspace. Everyone was a little depressed!

Months went by, because obviously I wasn't going to release it in lockdown. I want people to dance to this, to listen to it in their cars. We didn't want a Bridget Jones moment where you're crying to this in your bedroom.

You first came up working with Xenomania - how did you get involved with them?

I think I was just starting college where I saw they'd tweeted asking for submissions from female vocalists aged 16-24. I was like, that's me! I sent them some YouTube clips of me and they obviously liked it, I went down for an audition in their massive old base in Kent.

I remember walking up those stairs, I was so nervous. I sang loads of snippets of songs. Two of them, Red Is The Way and Predators & Monsters, were originally recorded by Tove Lo so I sang along to her vocals!

It's one of the myths around Xenomania that they have such a particular way of writing songs, that they basically stitch together a load of random ideas into one whole thing, like a Frankenstein's monster of a song. That must have been intimidating with you just starting out?

Yes! Obviously, Xenomania and Brian [Higgins] write songs in a very different way to most people. Like, before I would just write songs in a really linear way, from beginning to end. I remember being very overwhelmed [by the process] when I was younger and starting out, because obviously you have so much to prove!

As a writer, I'm very much a storyteller, so I did struggle with this entirely new way of working. But I got used to it! For a year or two, it was like I had to re-train my brain on how to write. You have to forget ideas quickly, because you're writing so many different things at once. But the people who have come through Xeno - Miranda Cooper, MNEK, Tove - just proves how brilliant they are. Now I know I can listen to stuff differently, I'm always searching for the perfect melody. It was just amazing to be surrounded by so much talent.