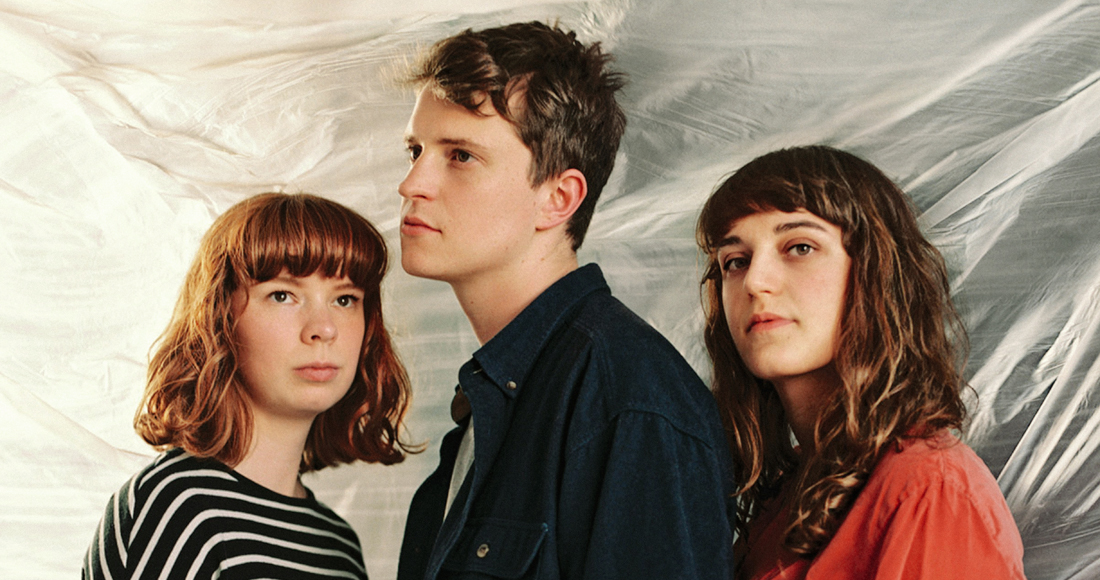 Last summer, London band Our Girl emerged after years on the live circuit with their debut album Stranger Today: a collection of dreamy alt-rock that you’ll struggle to find a bad word about on the internet.

The trio – Lauren (drums), Josh (bass) and Soph (vocals, guitar) – are on the bill for this year’s Great Escape festival, playing on the Fender Next stage in Brighton’s history Old Market. It’s their second time at the festival, and the warm response to their album has boosted them considerably up the bill.

"Josh and I both lived in Brighton for a few years,” Soph, who is also a member of indie rock band The Big Moon, told us over the phone. We’re always there whether we’re playing or not! It’s fun just to hang out there, but playing is obviously even better.

Things have changed a lot for Our Girl since you played The Great Escape last year. Does that make this year’s event more exciting for you?

“It’s been our best year, certainly our most fun. Our album came out last summer and the whole experience has been great, if a little scary. The build up was quite stressful… our manager described it being like meeting a best friend who you’ve only spoken to on the phone for years because we’d had some of the songs for three or four years by the time the album came out.”

You recorded the album in 12 days. That must have been an intense experience.

“Kind of a mixture. We knew the songs inside out because we’d been touring them for a while. Laying down the recordings was a long time coming. If we’d had more time, we might have experimented more which could have brought something cool. All the songs were live and in some ways it was a bit of a marathon – we were staying at residential studios so we were constantly recording with the occasional gap for a long nap. We were just fully wrapped up in it, which I’m grateful for.”

MORE: The Official Top 40 biggest vinyl releases of 2019 so far

For those still to discover Our Girl, which track would you point them to first?

“Maybe I Really Like It or In My Head, because they’re my favourites. I think they’re ones the three of us like the most and they’re really fun to play live. People seem to respond to those at our shows. It’s funny because we’ve lived with all the songs for a few years now, but playing them in front of different audiences gives them a new life. I haven’t got bored of any of them yet. Lauren’s got bored of one because we played it to death when we were recording it a few years ago, but we don’t play that one any more.”

You got funding from PRS to make the album, and your band mates both work jobs outside of the group. How tough is it financially to keep a new band going?

“It can be a bit of a slog. It’s about being careful and making sensible decisions and making sure you have enough to keep the machine going. We were lucky that we got funding from PRS to make the album and go to SXSW festival. Lauren – she works as a music supervisor - is the best at navigating that stuff, but you have to make it work. We’re not doing it for the money but have to be comfortable. I’m in another band as well, which covers my bills.”

You’re performing on the Fender Next stage at Great Escape. How does it feel to be recognised by someone like them?

“We’re playing in the Old Market which is exciting as it’ll be our first time performing there. Fender have been really kind to us, they’re really supportive especially with things like setup and gear. We’re performing with Anna Calvi who we’re all huge fans of.”

You started playing the guitar aged seven. There are reports now that women learning the guitar has been hugely on the rise in recent years...

“I didn’t know that, but that is really great to hear. I started when I was seven - I had a mini electric Fender Strat. I just thought it was cool, although I didn’t really know why. I was the only girl I knew playing guitar when I was growing up and remember being really aware of that. I don’t think it really affected me – I think I felt I had more to prove!”

Our Girl perform on the Fender Next stage at The Great Escape on May 11.