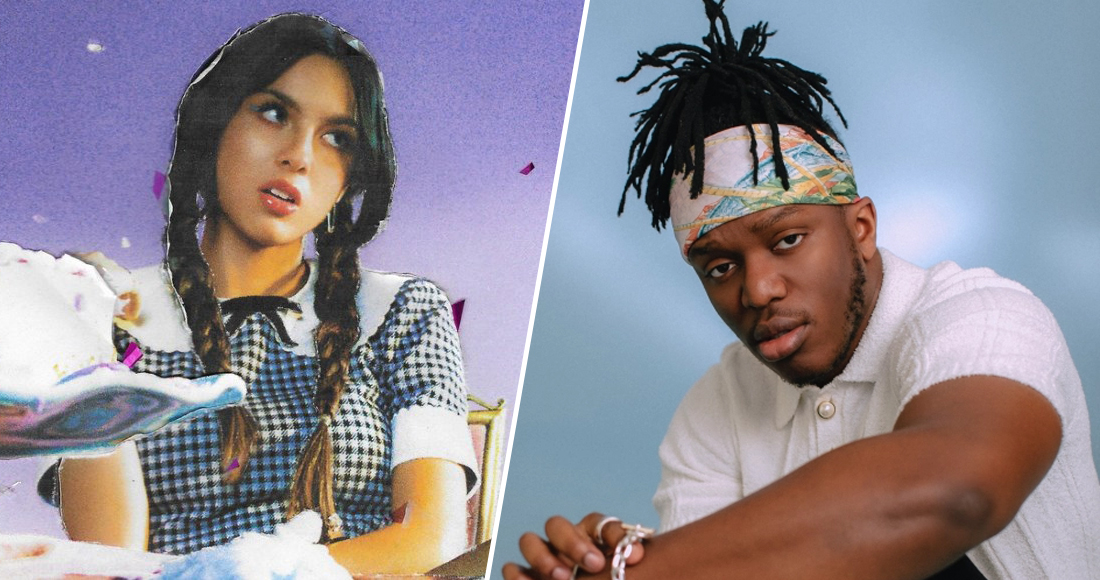 2021’s biggest breakthrough star claimed the most physical sales and album streams this week to return to Number 1 for an eighth total week with SOUR.

British rapper KSI, whose debut solo album Dissimulation reached Number 1 in Ireland in 2019, settles for the runner-up slot this week with his second album All Over The Place, which was the most downloaded album of the past seven days.

In its fourth week on chart, Doja Cat’s third studio album Planet Her orbits a new peak position of Number 3, while US rapper Pop Smoke’s second posthumous album Faith opens at Number 6; his debut Shoot For The Stars, Aim For The Moon spent six weeks at Number 1 in 2020.