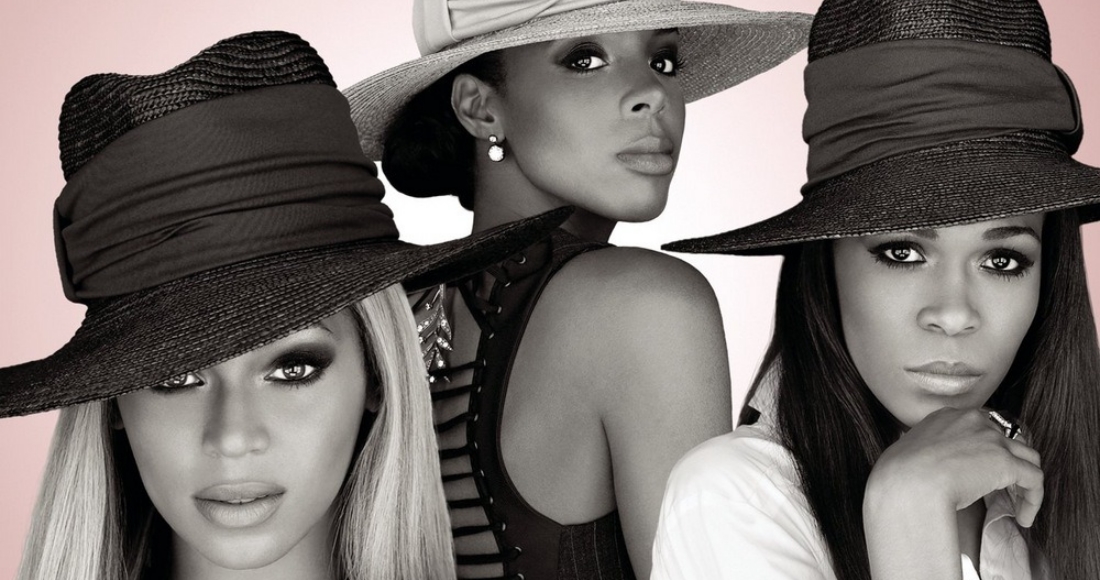 Each week we ask for your Pop Gem nominations – those overlooked classics or big hits of yesteryear that deserve a bit of recognition for all their hard work in the rough and tumble of the pop arena.

This week, we were after some girlgroup goodness – those essential tracks by amazing ladies that really deserved another time to shine.

So who would we go for out of those most excellent of suggestions? Why it had to be Beyoncé, Kelly and Michelle back when they were the toughest trio in pop – Destiny’s Child, step forward.

Watch the frankly exhausting video for Lose My Breath before we tell you exactly why we made the DC our Pop Gem VIPs.

Why it had to be Destiny’s Child

When it came to girlgroup domination of the late Ninetines and early Noughties, they didn’t much bigger than global R&B juggernauts Destiny’s Child. They had the lot: pop bangers, heartfelt ballads, immaculate costumes (lovingly made by Beyoncé’s ‘mom’ Tina) and, of course, they had what every girlgroup needs to add a bit of spice – lineup changes.

Originally made up of lead vocalist Beyoncé Knowles, second lead vocalist Kelly Rowland, and fierce harmonisers LaTavia Roberson and LeToya Luckett, Destiny’s Child started out as Girl’s Tyme (with a few extra members) before transforming into the hit-making machine we know today.

The Destiny’s Child life story would take twelve lifetimes to tell, but let’s just say that along the way, LaTavia and LeToya made their departure halfway through the campaign for second album The Writing’s On The Wall, to be replaced by Farrah Frankin and Michelle Williams. After a couple of singles, Farrah too jumped ship, leaving the band in the state they’d remain, as an all-powerful trio.

So why Destiny’s Child? The group made pop music look effortless: on-point vocals, sharp dance routines and, of course, they had the tunes to back it up! And while it’s been nine years since their last hit together, thanks to the girls’ solo endeavours and continued appearances together, it feels like they’ve never gone away. Plus, you can’t really ignore a girlgroup that boasts Beyoncé as its lead singer. You just can’t.

Lose My Breath actually came toward the end of a long line of massive hits. It was kind of a comeback – the girls had announced a hiatus from the band in early 2002, allowing them to explore solo projects. Kelly had a Number 1 hit with rapper Nelly on the amazing Dilemma in 2002 and the following year, Beyoncé ruled the summer with her huge hit Crazy In Love.

You could argue that none of the group needed to get back together, but it was an itch they had to scratch – and, boy, did they.

It was tipped to be a Number 1, but another American megastar had other ideas. Eminem released Just Lose It on the same day and pipped the ladies to the Number 1 spot. It was close – there were just 2,000 copies in it! Eminem’s victory denied Destiny’s Child a third chart-topper in the UK. Lose My Breath has sold over 340,000 copies in the UK, making it their third bestseller.

Destiny’s Child’s first ever UK hit was No No No, which featured Fugees’ frontman Wyclef Jean and reached Number 5. Altogether they landed 15 Top 40 hits, including 12 Top 10s, 11 of which were consecutive Two tracks made it all the way to Number 1 – Independent Women (2000) and Survivor (2001).

Their biggest selling single in the UK is Independent Women, with over 480,000 copies sold, followed by Survivor’s sales tally of over 350,000.

What a Pop Gem winner. We’re not worthy!

Get lost in girlgroup glory with our playlist of all 10 of our Pop Gem finalists: