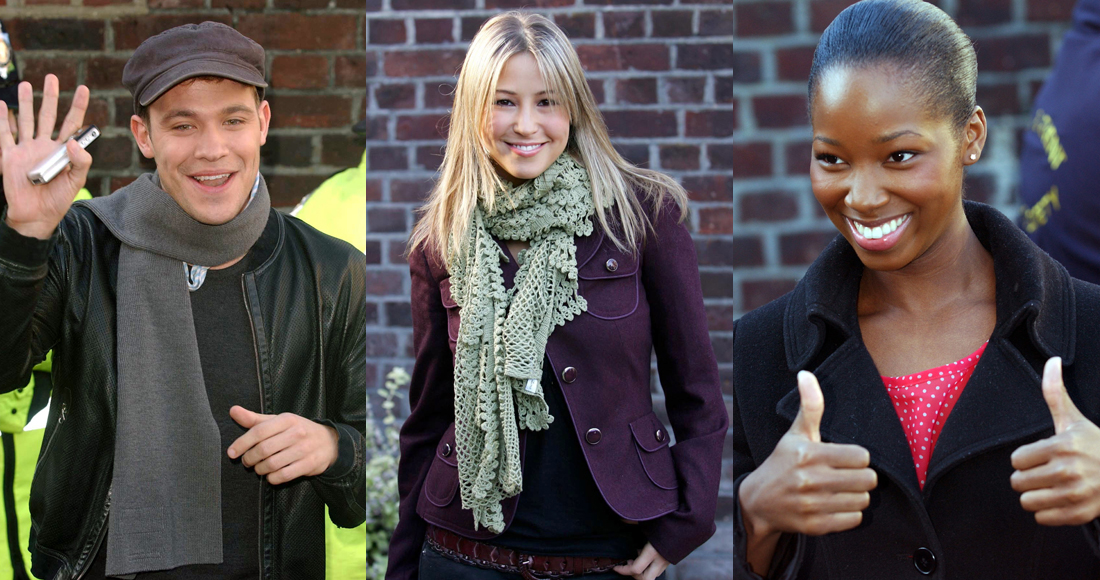 While cover versions are pretty common in the charts, it's rare for a charity single to have as many lives as Do They Know It's Christmas?

First recorded in 1984 by Band Aid – featuring an array of 80s stars like Bono and George Michael – to raise money for those affected by famine in Ethiopia, the song became one of the biggest selling singles of all time and was Christmas Number 1 that year. But the story didn't end there.

Five years later, Band Aid II – including Kylie Minogue and Cliff Richard – took their cover to the top for Christmas 1989 and, this week in 2004, an updated version went straight in at the top of the Official Singles Chart.

By the time the 20th anniversary of the original song came round, the world's eyes were on the Darfur region of Sudan, also gripped by famine. Bob Geldof, who'd assembled the original lineup, turned to the biggest names in noughties pop and rock to come together to record an updated version of Do They Know It's Christmas?

Among those on board were Chris Martin, Dido, Sugababes, Busted, Will Young, Rachel Stevens, Jamelia, The Darkness, Dizzee Rascal – who got to add his own rap – and Robbie Williams, along with a host of others. Anyone who was anyone was in the recording studio that day.

The 2014 version took a different approach to the poppier original. It was noticeably more sombre, with acoustic production and a distinct lack of synths, but some very rousing adlibs. Bono returned to deliver his line from the first version, and Paul McCartney was another original member making a comeback. Following a premiere on the Chris Moyles Breakfast Show, public response to the song was huge – helped along, perhaps, by the eclectic selection of artists. there really was something for everyone.

Band Aid 20's Do They Know It's Christmas? sold a whopping 297,210 copies in its first week of release. For a straight month it sold well over 200,000 copies each week. In its fourth week on sale, the track passed the million mark, also its final week at Number 1. The following week, sales nosedived to just over 20,000. Why? Well, it's a bit like having a Christmas tree up after the 6th January, really. You just don't, do you? The song has amassed 1.21m combined chart sales.

Elsewhere in the Top 40, Ice Cube was in at Number 2 with You Can Do It, Green Day scored a third Top 10 with Boulevard of Broken Dreams, in at 5, and Natasha Bedingfield also landed a third Top 10 with Unwritten at 6. Other new entries came from Pete Doherty's band Babyshambles (8), Snoop Dogg and Pharrell (10), Razorlight (20) and, intriguingly, at 27, the debut solo single from 2004's Big Brother Nadia Almada, A Little Bit of Action. Incredible.

Listen to the UK's Official Singles Chart Top 40 from this week in 2004: