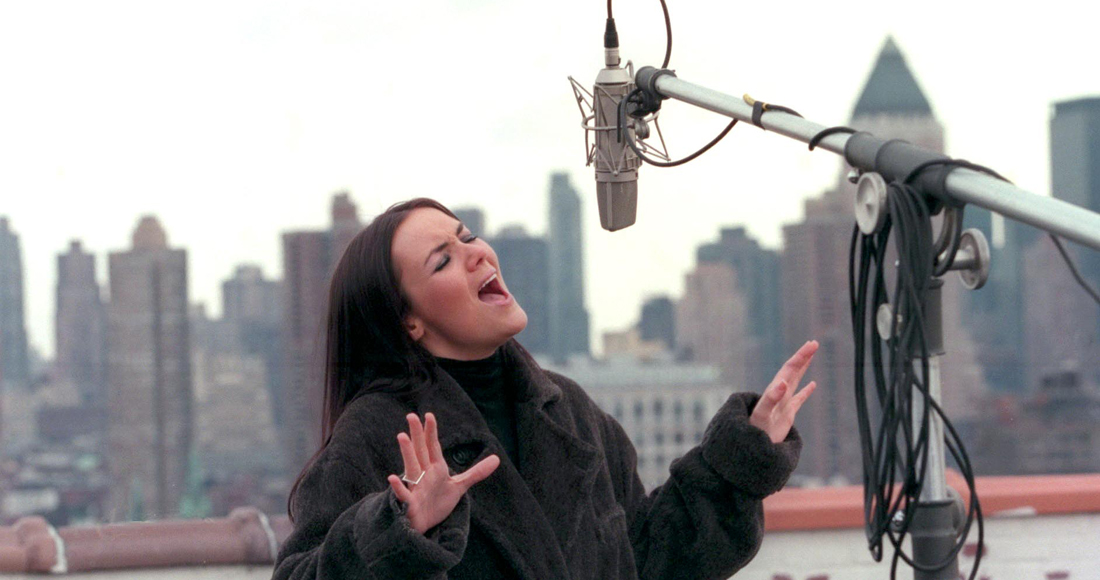 "I wish I could freeze this space in time"... us too Martine, us too.

Cast yourselves back to this week in 1999, when EastEnders actress Martine McCutcheon did something rarely seen on the Official Chart - transition perfectly from soap star to pop star and nab a Number 1 with her debut single.

Perfect Moment was well, perfectly titled in that the song went straight in at the top of the Official Singles Chart, and it doesn't get much better than that when it comes to debut singles. In its first week, the song shifted an impressive 200,287 copies, knocking Mr Oizo's Flat Beat off Number 1. It spent two weeks at the summit before it was knocked off by another debut single, this time by little-known boy band Westlife - Swear It Again was the first of 14 chart-toppers for the group.

Perfect Moment's total UK chart sales to date stand at 638,000, including 1.4 million streams since 2014, earning it Platinum status. Last week, the song was downloaded 8 times and streamed just shy of 6,500 times in the UK.

Paradise skies continued for Martine on the charts: she went on to score a further four Top 10 singles, including 2000's Number 2-peaking I'm Over You reaching Number 2. In 2017, she made her music comeback with a new album Lost & Found, which debuted inside the Top 20. Look back at Martine's full Official UK Chart history here.

Elsewhere in the Official Singles Chart that week in 1999, girl group TLC were on the ascent with No Scrubs, climbing five places into the Top 10 at Number 8. Further down, it was an eclectic affair with new entries from Glamma Kid ft. Shola Ama, Cranberries landed a ninth hit with Promises, and there were new entries for Blackstreet ft. Janet Jackson, Meat Loaf, Ace Of Base and Alisha's Attic.

Check out the Official Singles Chart from this week in 1999