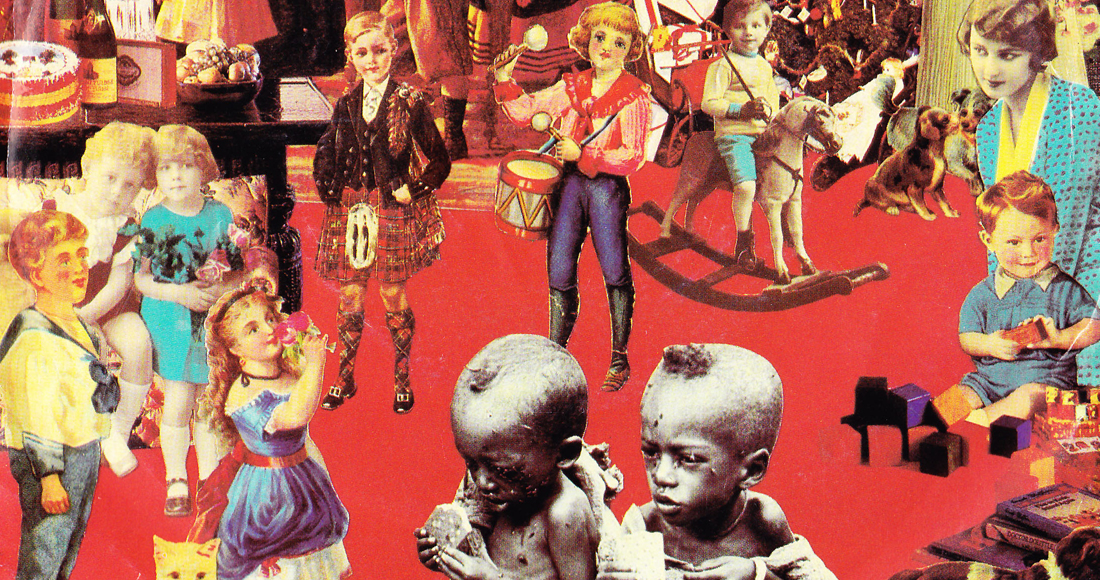 The definitive charity single has been Christmas Number 1 three times and is still as relevant today as it was when first released in 1984.

Usually to gain admittance into our Pop Gem hall of fame a song has to be an overlooked classic, one of those hits that used to be all over the radio but has somehow gone off radar. When we asked for your Christmas Pop Gems, however, we thought we’d relax the rules a bit. Any festive song considered, whether a big hit or a little-known favourite. And as hits go, they don’t come much bigger than the Christmas song we’ve chosen.

Unlike most Christmas songs, Do They Know It’s Christmas? doesn’t concern itself with frolicking in the snow, awaiting Santa’s sleigh or falling in love under the mistletoe. Rudolph's bright red hooter doesn't get a look-in. The song’s origins are in a news report by BBC journalist Michael Buerk on the devastating famine in Ethiopia in 1984. Boomtown Rats’ frontman Bob Geldof saw the report and felt compelled to take action. He got in touch with his mate Midge Ure, lead singer of Ultravox, and together they wrote Do The Know It’s Christmas? Band Aid was born.

Gathering together a star-studded line-up, the song was recorded, mixed and released in just a few days and was an instant hit. For almost 13 years it was the biggest selling song in Official Singles Chart history, until Elton John’s Candle In The Wind overtook it in 1997. Band Aid’s version of Do They Know It’s Christmas? has sold over 3.7 million copies in the UK and remains the best selling Official Christmas Number 1 of all time.

While its lyrical content is more inclined to make you have a serious old think rather than pop open a celebratory bottle of festive fizz, the message of the song is about hope and remembering others at Christmas, and it still has that singalong factor. Everyone has a favourite bit to join in with – whether it’s “And there won’t be snow in Africa this Christmas tiiiiime” or the booming “Feed the wooooorld” refrain at the end, it shows that even a song with a solemn subject matter can get everyone singing.

And it didn’t end with Band Aid. The song was to return to the top spot twice. Watch the video for the original version – featuring U2, Duran Duran, Boy George and the rest of Culture Club, Bananarama and George Michael all eschewing their usual celebrity glitz and glamour – before we look at the song’s later incarnations.

Just five years after the original topped the charts, PWL's pop supremo Pete Waterman put together another star-studded group (Band Aid II) to re-record Do They Know It’s Christmas? to raise more money to combat famine in Africa. Kylie Minogue got to do the famous opening line, and also lending a hand were Jason Donovan, Lisa Stansfield, Matt and Luke Goss from Bros, Bananarama (back!), Chris Rea, King of Christmas Cliff Richard and, notably, Sonia and Big Fun. The track was a hit all over again and was Official Christmas Number 1 in 1989 and the very last chart-topper of the 1980s.

In 2004, to mark the anniversary of the original song, another celebrity-heavy supergroup was put together to create a contemporary version to raise funds for Darfur. The big stars of the day – including Coldplay’s Chris Martin, Paul McCartney (back!), George Michael (back!), Bono (back!), Keane, Jamelia, Will Young, Robbie Williams, Busted and Sugababes – all got together to record a very Noughties take on the charity classic. It too joined the million-sellers club, selling over 1.1 million copies. It was, of course, Official Christmas Number 1 in 2004.

So, yes, the song is serious and we should all remember those less fortunate than ourselves, but we can still have fun with it. While you play the songs, close your eyes and see if you can guess who’s singing what (this is waaaay trickier than you might think). Or, for a more simple pleasure, watch the first two versions and give points for the best and worst hairdos. There are some prime candidates, we assure you.

Do They Know It’s Christmas? is the ultimate charity single, a singalong classic and has just about every star you could ever imagine. A true Pop Gem if ever we heard one.