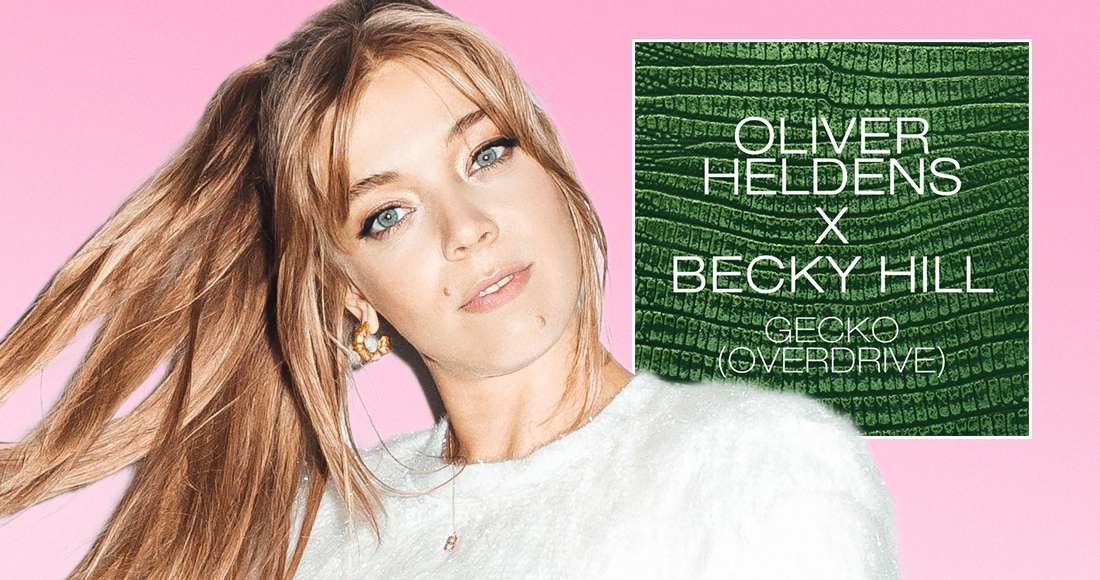 Everyone has to start somewhere, and a UK Number 1 single isn't a bad place to kick off a solo career.

Such was the case for Becky Hill, who (quite literally) exploded on to the scene as the lead vocalist on Oliver Helden's frantic dance cut Gecko (Overdrive) which debuted at Number 1 on the Official Singles Chart 8 years ago (!) this week.

Gecko (Overdrive) originally started life as a solo track for Dutch DJ Heldens, released in early 2014, before it was re-produced, trimmed down and had vocals added by Becky, who co-wrote the song's hook with MNEK.

It was an important release for Becky - her first as a co-lead artist, and the first since her tenure as a contestant on the first series of The Voice UK (where she reached the semi-finals). The Voice was an odd prospect for a seemingly star-making programme, and had yet to prove that its contestants could compete with the crop of talent The X Factor had by then been churning out for little less than a decade. In fact, Gecko (Overdrive) would push Ella Henderson's previous chart-topper Ghost to Number 2 - perhaps the last truly great post-show single by an X Factor alum.

But it's all about the first impression - and what a first impression Becky makes here. Her voice - so recogniseable now, of course as a radio staple - is deep, rough and un-tamed as she scales the highs of Helden's at times almost animalistic beat.

Gecko (Overdrive) proved to be a hit upon release and then some. It debuted at Number 1 on the Official Singles Chart with 79,000 chart units and would stay on top for one week. It also holds the distinction of being the last Number 1 single in UK chart history to be calculated on sales alone. The next week, streaming data would be included for the first time, and see Ariana Grande debut at Number 1 with Problem. Becky also remains the first and only contestant of The Voice to reach Number 1 in the UK.

Overall, Gecko has logged over 1.5 million chart units in the UK, including a combined 125 million streams across both audio and video formats. Overall, it's still Becky's best-selling song in the UK to date.

The Number 1 debut should have proved to be a massive launchpad for Becky on to the UK music scene, but her journey had several peaks and troughs, including an abandoned 2015 debut album (justice for Losing!) but she found her feet eventually, proving herself to be a reliable collaborator on dance-pop bops.

Becky has since accomplished four UK Top 10 singles and 15 in the wider Top 40. She might just add a fifth Top 10 single to the pile soon - her new collaboration with David Guetta and Ella Henderson, Crazy What Love Can Do, is currently at a new peak of Number 12. Her debut album, Only Honest On The Weekend, peaked at Number 7 last year.

Elsewhere on the Official Singles Chart 10 years ago, there were new entries from Example's One More Day (Stay With Me) (4), Usher with Good Kisser (10), Ed Sheeran with Don't (17) and future Number 1 Thinking Out Loud (26).

Check out the full Official Singles Chart from this week in 2014 here.

Listen to the UK Top 40 from this week in 2014 on Spotify below. Also available on Apple Music | Deezer