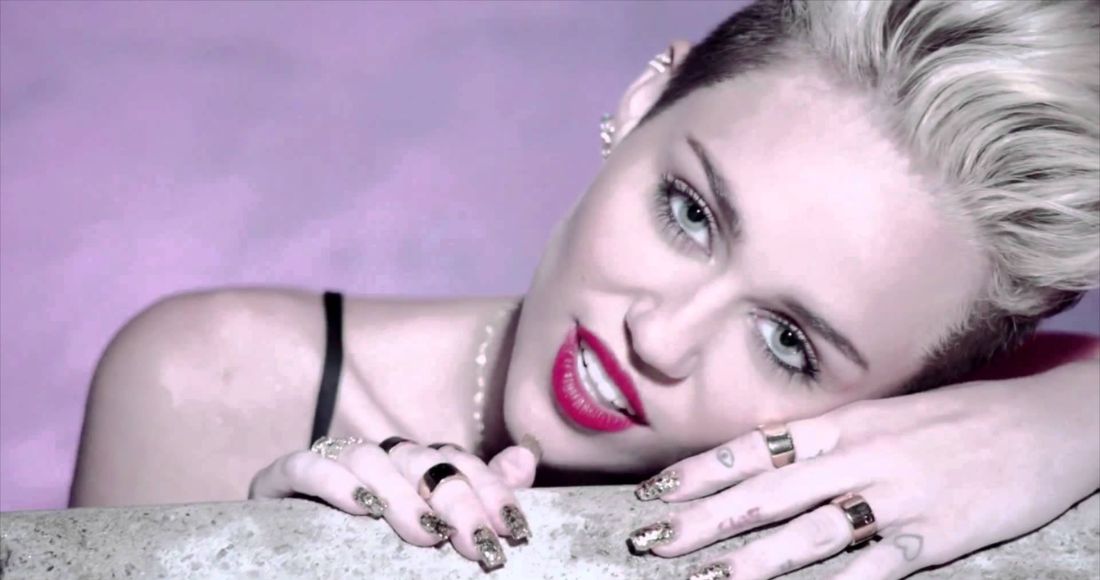 Those looked to not only facilitate a full-scale pop comeback but, arguably, become bigger and better than ever would do a lot worse than to follow Miley Cyrus' example.

Way back in the halcyon days of 2013 where our big pop girls were many and multi-faceted, Miley had taken a few years out post-Hannah Montana, but came back re-energised with a newly shaved head, some blonde hair-dye and a point to prove.

We Can't Stop was the launch single to Miley's now-infamous Bangerz era, which saw her shed her Disney princess sheen for once and all, in the most decisive and irreversible way possible. Basically; did you know Miley Cyrus likes to party? No? Well, listening to 30 seconds of We Can't Stop or watching its proto-viral music video, directed by Diane Martel, was enough to prove she'd had enough of the Best of Both Worlds, and was just living for the here and now.

Originally written for Rihanna, We Can't Stop was passed down to Miley; a breezy electro-pop song with a heavy influence of R&B, We Can't Stop is the most succinct introduction to Miley 2.0; a hedonistic party girl with no qualms about the past or the future. It was produced by Mike Will Made It, who would end up becoming the architect for Miley's hip-hop pivot in Bangerz, and one of her greatest collaborators throughout her career.

In a world where pop acts' saturation of the media market is nothing new (just look at Beyoncé's recent victory lap with RENAISSANCE for example), it's hard to understate just how massive Miley seemed in 2013. She was everywhere - on your TV screens, on your radio and the topic of every conversation on Twitter.

It also helped that We Can't Stop's media campaign was a masterclass in domination; from its proto-viral raucous music video directed by Diane Martel to Miley's performance of the track at that year's VMAs with Robin Thicke, whether her methods were well-intentioned but mis-calculated (and you could certainly argue they were a lot of the time), it's hard to deny that she got what she wanted - everyone knew who this new Miley Cyrus was, whether they liked it or not.

But in turns out in the UK, plenty of people liked it. This week nine (!) years ago, We Can't Stop debuted at Number 1 on the Official Singles Chart, shifting a very healthy 128,000 chart sales in its first seven days. Not only was it Miley's first-ever UK Number 1 single, but her first single to hit the Top 10 too, which may be a surprise to many.

In 2022, We Can't Stop continues to thrive; now its total chart sales stand at 1.1 million, including 522,000 digital downloads and 65 million streams. Overall, it's Miley's fourth most popular song here; following Wrecking Ball (Bangerz's second single which also hit Number 1), Mark Ronson collab Nothing Breaks Like A Heart and, of course, timeless classic Party In The USA.

Elsewhere on the Official Singles Chart nine years ago this week, we had one more new entry in the Top 10 in the form of Tinie Tempah's 2 Chainz-featuring, Diplo produced banger Trampoline (5), while Jay-Z and Justin Timberlake rose into the Top 10 with Holy Grail (7).

Check out the full Official Singles Chart from this week in 2013 here.