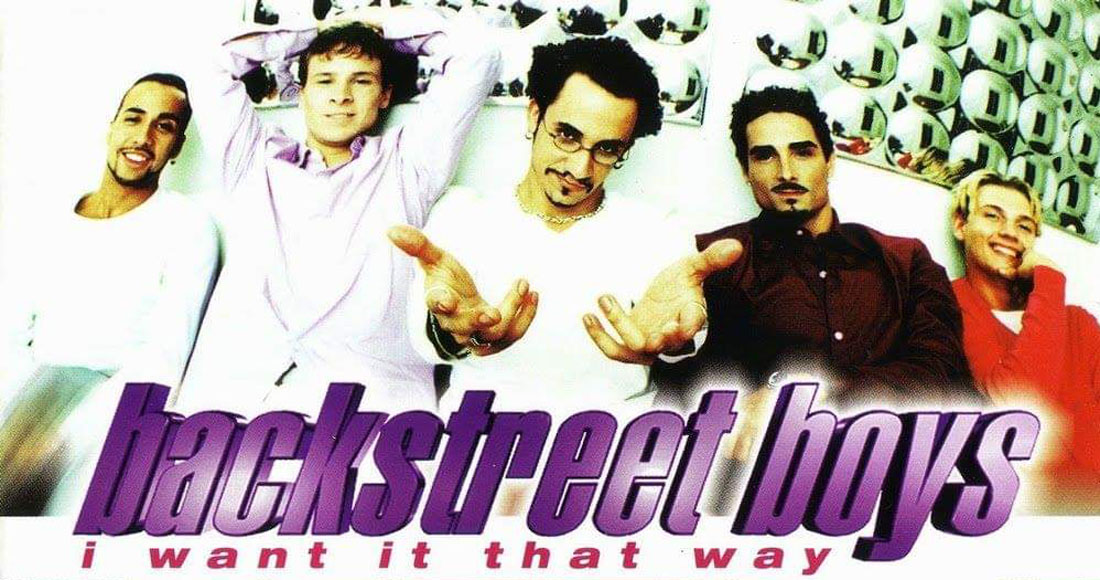 Backstreet Boys' first UK Number 1 was a long time in the making. Released this week in May 1999, the track was the US boyband's trailer for their third album and followed a string of hits (seven, to be exact) that, while popular, didn't quite have the muscle to take them all the way to the top.

The spell was finally broken with I Want It That Way, which soared to the top of the Official Singles Chart selling just shy of 94,000 copies - finishing 33,000 ahead of their closest competitor, Irish boyband Westlife with their debut single Swear It Again, which had been Number 1 the previous week. Beyond the UK, it hit the top spot in more than 25 countries.

IWITW was produced by Max Martin, who had been working with the band since their 1996 self-titled debut. The track was presented to the group during a two-week recording session in Max's native Stockholm and was completed in a speedy two days.

While the band knew they were on to a hit, their label Jive weren't as convinced, and were keen to lead their new album with Larger Than Life, which continued the failsafe formula of their previous hits. IWITW was a mature, mid-tempo ballad (its acoustic intro was apparently inspired by Nothing Else Matters by Metallica) with lyrics that ultimately made no sense. Who would want to listen to that? Millions, as it turned out.

IWITW went on to sell 423,000 copies by the end of 1999, finishing as the UK's 35th best-selling single that year. It's total UK chart sales to date stand at 1.38 million, including 100 million streams since 2014. The song's parent album Millennium spawned a further three Top 10 hits, but IWITW was to be their only Number 1, making it their signature hit in the UK (though it's a close battle with Backstreet's Back).

Elsewhere in the Top 40 that week, British trio 911 completed an all-boyband Top 3 with their cover of Private Number (the group's final Top 10 before calling it a day later that year), and Stereophonics landed a Top 5 hit with Pick A Part That's New at Number 4.

Further down, Bryan Adams scored his tenth Top 10 with Cloud Number 9, and British girl group Fierce narrowly missed out on a Top 10 debut with Dayz Like That.