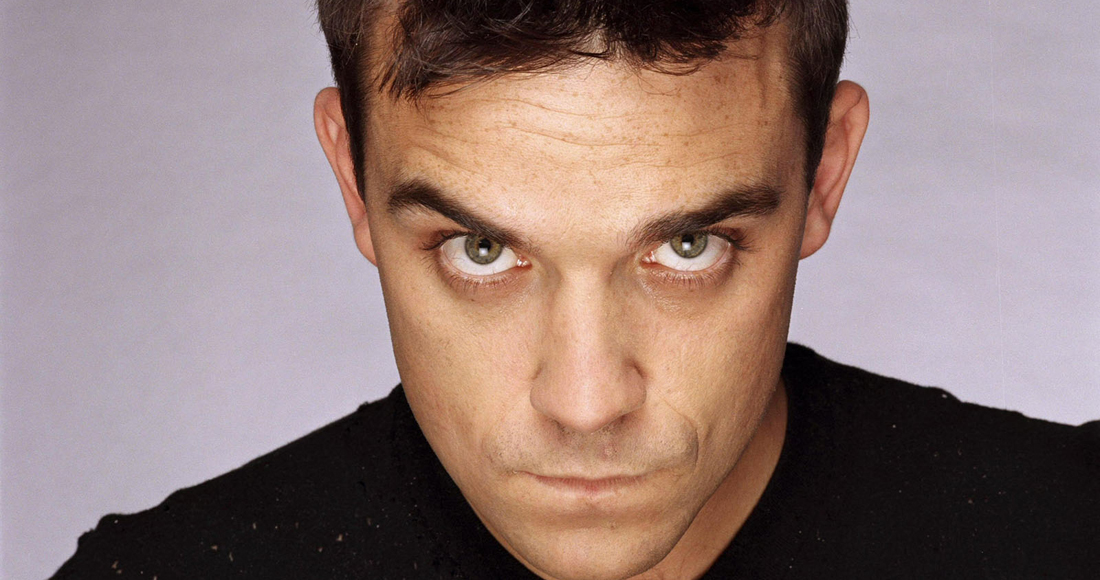 1999 was a good year for Robbie Williams, with all the singles from his second album I’ve Been Expecting You going Top 5, and he crowned that year by scoring his second solo chart-topper with a double-A side of She’s The One and It’s Only Us.

She’s The One was Robbie’s second shot at a big sweeping ballad, following the huge success of 1997’s Angels. But She’s The One did what Angels could not – reaching Number 1 this week back in 1999.

If there was any solo star solidarity with another famous band member who’d gone it alone, Robbie didn’t show it. He toppled ex-Spice Girl Geri Halliwell's Lift Me Up from Number 1, selling over 120,000 copies in his first week on sale.

It was the second time a track from I’ve Been Expecting You had reached the summit – Millennium had done the business the year before.

She’s The One may have been a big hit for Robbie, but it was actually a cover. Coincidentally, She’s The One’s original singer was another band member who went solo. Karl Wallinger left British rockers The Waterboys to form World Party, recording She’s The One for his fourth album Egyptology. The track won an Ivor Novello award, but was never released. Once Robbie got his hands on it, of course, it was a huge hit.

She’s The One was the second of seven (so far) Number 1s for Robbie. It spent just a week at the top of the Official Singles Chart before Wamdue Project’s club banger King Of My Castle stormed in to replace it. She’s The One/It’s Only Us has notched up over 490,000 sales in the UK.

The tune would be on to be one of Robbie’s signature songs, and a firm favourite on X Factor, when Robbie duetted with One Direction on the track on the 2010 series.

A lot of people forget that although Will Smith is a huge Oscar-nominated movie star, he actually started out as a TV actor-turned-popstar! Will 2K (everybody was going a little bit bonkers about the upcoming turn of the century) was his seventh solo top 10 hit and has sold over 250,000 copies.

Will’s had two Number 1s – as Fresh Prince with DJ Jazzy Jeff on Boom! Shake The Room in 1993 and all by himself with Men In Black in 1997. Will 2K, taken from the album Willennium (yes, really), sampled The Clash’s Rock The Casbah, which originally peaked at Number 30 in 1982 before a rerelease took it to Number 15 in 1991.

Representing everyone’s favourite motorway, A1 scored their third consecutive Top 10 hit with this double-A side, which has sold over 160,000 copies. Their first Number 1 would come the following year, when their cover of A-ha’s Take On Me improved on the original’s peak position of Number 2.

4: Geri Halliwell – Lift Me Up

The solo Spice’s third chart-topper was at the centre of a huge battle for Number 1 a week earlier, when the artist formerly known as Ginger beat one-time bandmate Emma into second place.

Emma’s first foray into solo stardom was a team-up with Tin Tin Out on a cover of Edie Brickell’s What I Am. In true chart battle tradition, Geri just happened to be releasing her third solo single that very week. But who would win? In the end, it wasn’t as close as you’d think, with Geri racing to the top spot with a lead of over 30,000 copies. We reckon the aliens in the video swung it.

Lift Me Up has sold over 340,000 copies and was followed by two more consecutive chart-toppers for Geri, giving her a record for most Number 1s by a British female artist, an achievement now beaten by ex-Girls Aloud star Cheryl only last week.

5: R Kelly – If I Could Turn Back The Hands Of Time

Storm Queen’s Look Right Through knocked Eminem and RiRi off their Number 1 throne, while there were big new entries from Little Mix, Britney Spears, Ed Sheeran, Katy B, Justin Bieber and Jessie J. See the full Top 40 from this week all the way back in 2013.