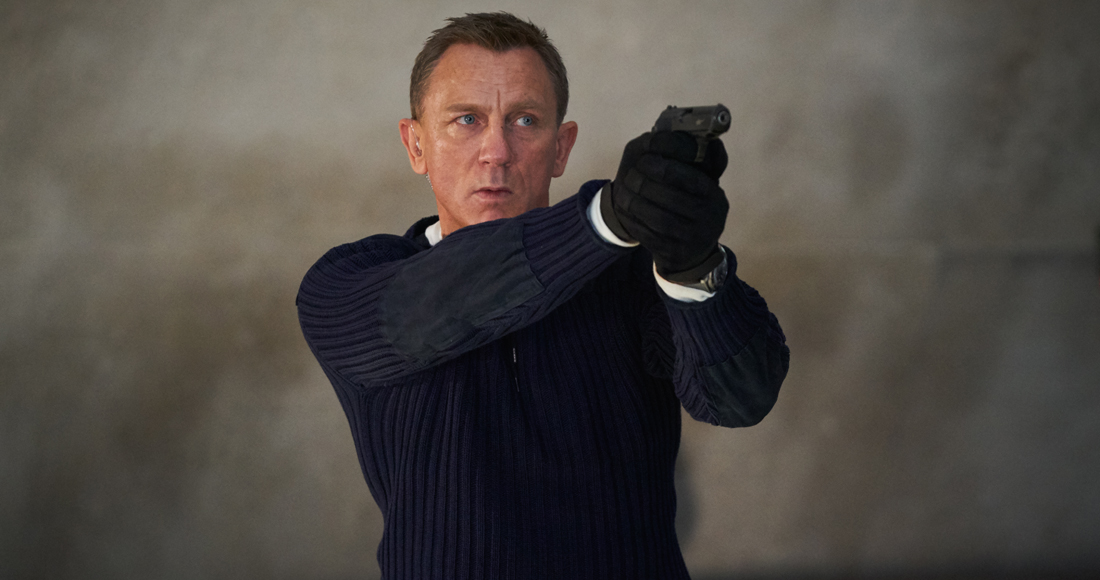 No Time To Die holds on at Number 1 on the Official Film Chart in the first chart of 2022.

This week, No Time To Die marks a whopping 294,000 sales – with its biggest impact made through digital download, with two thirds (67%) of this week’s total made up of digital formats. Despite the major sales the latest Bond feature enjoys this week, its biggest week so far was actually the final week of 2021 when it racked up 780,000 sales across disc and digital.

As a result, No Time To Die swooped in to become the biggest selling Home Entertainment title of 2021, with sales of 1,148,000 across disc and digital in the final two weeks of the year.

With 621,000 Blu-ray and DVD copies sold in its opening week on physical, it became the biggest week one release on disc since 2017, and additionally was the biggest selling title of the year on digital downloads.

Meanwhile, Venom: Let There Be Carnage debuts at Number 2. The sequel to 2018’s Venom claims the biggest new entry of the week on digital downloads only. The Suicide Squad climbs three to Number 3, while Disney’s latest animated musical Encanto – which is also heading for success on the Official Singles Chart this week – is the week’s second brand new entry at Number 4.

Paw Patrol: The Movie rebounds two to Number 5, landing ahead of The Last Duel, up seven to a new peak of Number 6, and The French Dispatch, which flies 13 to Number 7 – both entering the Top 10 for the first time.

Finally, three more entries are back in the Top 10 post-Christmas; Spider-Man: Far From Home (8), Harry Potter: The Complete Collecton (9) and Peter Rabbit 2 (10).