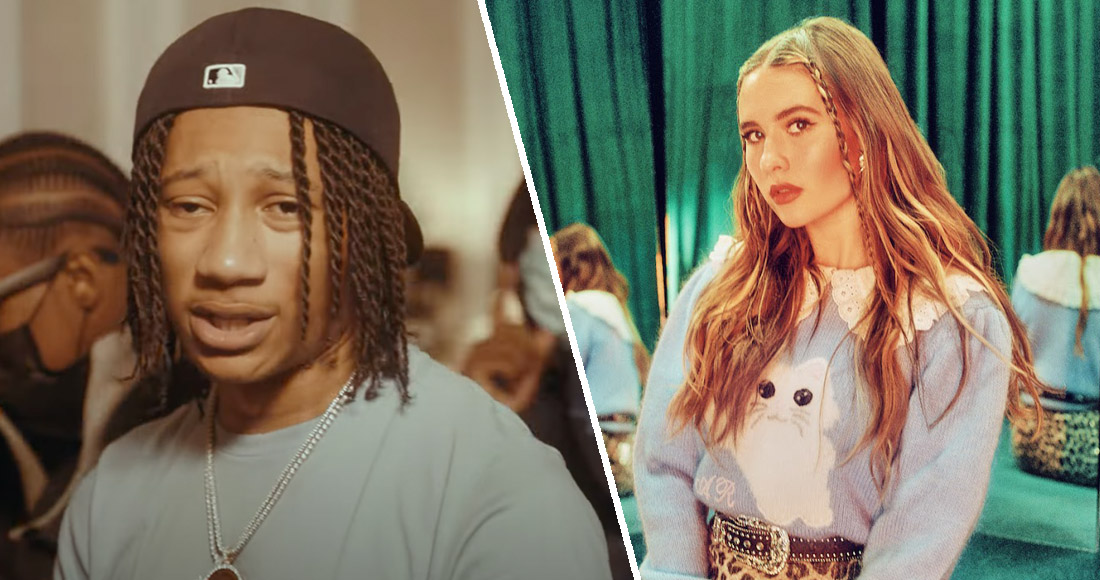 New singles from Mimi Webb and Digga D are set to score Top 40 debuts on this week's Official Singles Chart.

On the latest Official Chart Update, fast-rising singer-songwriter Mimi Webb is currently placed at Number 23 with her latest track 24/5.

The grand pop ballad, produced by Freedo (Zara Larsson, Coldplay), is on course to become her third consecutive Top 40 single this year following the success of Top 10 smash Good Without and previous single Dumb Love.

2021 is shaping up to be a hugely successful one for Mimi, becoming the first UK female artist, since Dua Lipa in 2017, to have two singles in the Top 15 before release of her debut album. Her EP, Seven Shades Of Heartbreak, arrived on October 22. Read our recent interview with Mimi here.

Meanwhile, drill artist Digga D is on course for a strong debut with his new single 2K17, currently at Number 28. The X10-produced track arrives just a month after his Top 10 hit Wasted ft. ArrDee. "I went to the studio to reminisce about the old Digga back in 2017 & then shot the video for it same day 🤷‍♂" Digga said of the song.

Several songs are also tracking big climbs on this week's Official Singles Chart, including Dave's Verdansk, which is set to rebound back into the Top 40 - so far up 29 places to Number 29 - following the release of its Call Of Duty: Warzone-inspired music video.

Finally, Meet Me At Our Spot - a song by The Anxiety, aka Willow Smith and Tyler Cole - is on the cusp of climbing into the Top 40 this week. The track was released last year but has taken off recently thanks to TikTok, where it more commonly known as the 'caught a vibe' song.

The final placings for this week's Official Singles Chart will be revealed here on OfficialCharts.com on Friday at 5.45pm. Follow the Official Chart live on BBC Radio 1 every Friday from 4pm.