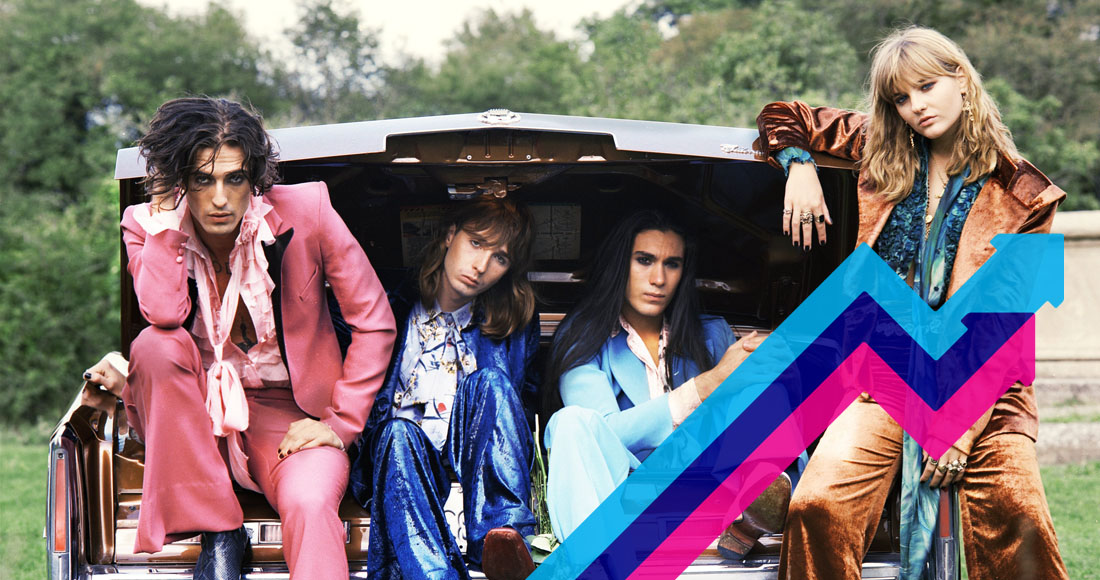 Måneskin climb to the top of this week's Official Trending Chart with I Wanna Be Your Slave.

The Italian rock group, who won this year's Eurovision with Zitti E Buoni, have seen their English language track from their second album Teatro d'ira: Vol. I fly up the Official Chart over the last three weeks following their victory.

Despite not being released as an official single, I Wanna Be Your Slave has now bested the performance of Zitti E Buoni, which peaked at Number 17. The track has so far reached Number 12 and now it's eyeing up a place in this week's Top 10, currently at Number 8 in the latest update.

To date, I Wanna Be Your Slave has been streamed 5.8 million times in the UK across both audio and video plays.

Lots of brand new entries flood this week's Official Trending Chart, including the long-awaited return of Lorde with Solar Power, and Mimi Webb's potential second UK Top 20 single Dumb Love - the follow-up to her Top 10 smash Good Without. Doja Cat is poised to claim her seventh UK Top 40 with Need To Know, the latest spin-off from her upcoming album Planet Her.

Also making waves in their first week are two new tracks from Polo G's Hall Of Fame album, Migos' Drake collaboration Having Our Way, taken from their new album Culture III, and James Arthur, who gives us all the feels with new single September.