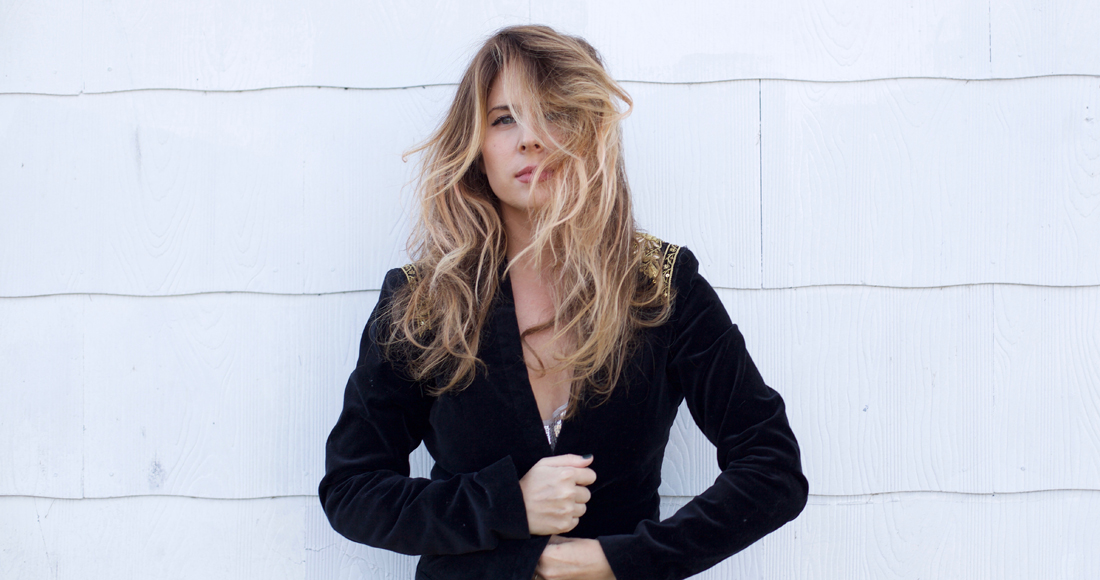 Back in 2004, singer-songwriter Lucie Silvas was one of the UK's biggest rising stars. Her singles What You're Made Of and Breathe In were Top 10 smashes, while her debut album, also called Breathe In, was a Platinum seller (370,000 copies).

Shortly after the record's success, she dipped her toe into country mecca Nashville and like what she heard so much that she made a permanent move out there in 2012. After fleeting visits to the UK ever since, including a spot at this year's Country 2 Country festival, Lucie is embarking on a mini UK tour this month, starting today (Nov 13) in London.

"It’s going to be fun!" she told Official Charts. "I actually started the tour in Amsterdam, and I literally haven't step foot there in ten years, so it’s going to feel very ‘full circle’ in bringing everything together and doing a brand new kind of show there."

After parting ways with the now defunct UK arm of Mercury Records back in 2007, Lucie has found huge success as a songwriter, working with Miranda Lambert and penning a number of songs for hit musical TV series Smash. She's also released music independently, most recently with her 2015 album Letters To Ghosts.

Discussing what fans can expect from her shows, Lucie said the setlist is "mainly new stuff. Admittedly, I only do a few old songs and those are the ones that maybe still mean something… I mean those albums all still mean a lot to me, but it was so long ago and so much has changed since then. I’m lucky the fans I have know the new music even if it’s not something I’ve had a ton of promotion for."

Reflecting on the success of Breathe In, Lucie said: “I mean 13 years ago, that is so, so crazy. So much has happened, but it some ways it still feels so fresh to me. My personal life has changed and the way I make music has changed, but there’s still a lot about my songwriting where the heart of it is still the same, but things progress and evolve.

"It blows my mind now when I look back and see how people get music out the"these days. In Nashville I’m surrounded by artists I can have as mentors, but back then, I didn’t know anybody that was doing the same thing as me, so there was no to guide me or look to. It was a world I knew nothing about."

Lucie will also be performing tracks from her upcoming album E.G.O, which she says has a more modern sound compared to the country sounds of Letters To Ghosts, which was inspired by her move to Nashville. "The music has obviously changed because I’ve changed," she explains. "The show has moved on. The music is moving forward and I feel like it’s more of a modern sound.

"People have a bit of a misconception that I’m now a country music artist, but I’d say it’s more just inspired by that. It’s more a genre of its own. It’s like If you step in a time machine from 1960 and end up in 2034. I look at artists like James Bay or Alanis Morissette have this sound you can’t necessarily pin point – it’s like that."

Lucie Silvas's UK tour kicks off in London on November 13 and wraps up in Glasgow on November 17. More information and details on tickets can be found here.