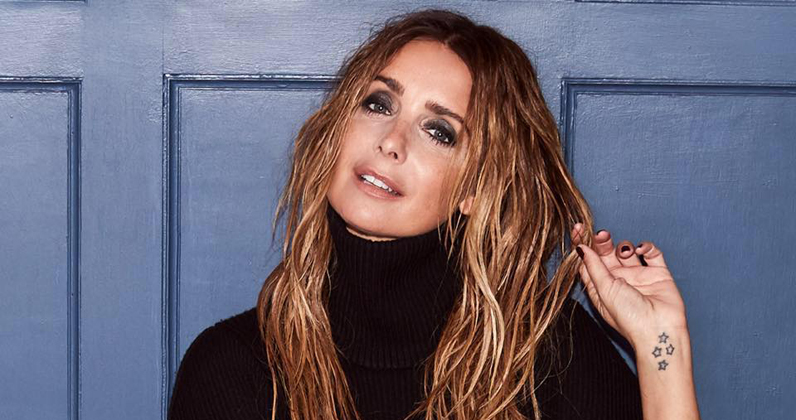 After 16 years in the wilderness (musically, at least) Louise Redknapp is back with a new album.

In terms of an actual, full-length record, it's been even longer - her last appearance on the Official Chart was in 2003 with single Pandora's Kiss: a Top 5 hit but a one-off release in support of breast cancer charity Tickled Pink. Her last album, Elbow Beach, was released in 2000.

Is she planning to hang around a bit longer in pop this time? Speaking on our podcast Official Charts: Take The Hit, Louise insisted: "I hope so. For me, this isn't a dip my toe in. This is a fully blown, okay, we're doing this.

"I'd like to think this is the start of the future. As long as I'm loving it I'd like to keep on doing it."

Louise also admitted that her return to pop "wasn't really planned" at first but a string of successful gigs in 2018 gave her the confidence to get back in the studio. "If I’m really honest I don’t think I ever thought it would happen [but] I look at some of the most iconic women in this industry and who I love listening to - from Kylie to J Lo, Beyonce, Madonna - and none of them are teenagers."

The resulting album, Heavy Love, is out now. The record includes comeback track Stretch - a song she said she "knew would divide opinion" - plus singles Lead Me On, which was co-written and produced by Clean Bandit, and Hurt. A mix of established and up-and-coming talents have worked with Louise on the project, ranging from Karen Poole (David Guetta, Sugababes), Hannah Robinson (Will Young, Zara Larsson) and Tom Aspaul (Kylie Minogue, AlunaGeorge).

"I’ve made an album that I’m completely in control of and love," she said. That’s the first time I’ve ever been able to do that... I'm so proud of it."

Listen to the latest episode of Official Charts: Take The Hit in full on the links below, where Louise talks about her favourite (and least favourite) singles in her catalogue, her days in Eternal, most extravagant purchases and lots more.