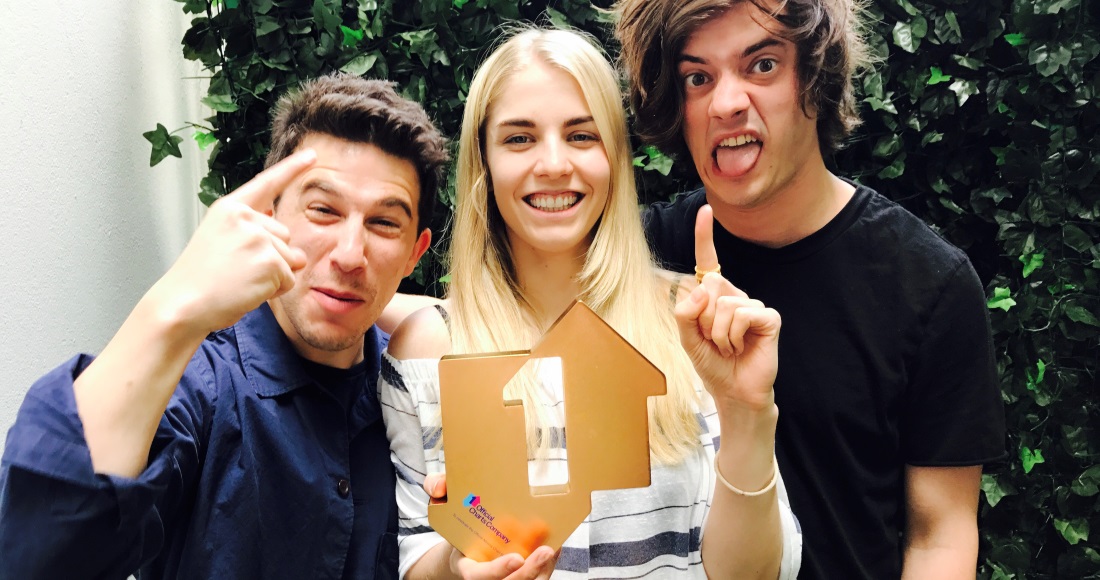 Congratulations to London Grammar, who go straight in at Number 1 with their second album, Truth Is A Beautiful Thing.

There was no sophomore slump for trio Hannah, Dan and Dot – Truth Is A Beautiful Thing charts one place higher than their debut If You Wait, which peaked at Number 2. It's also Number 1 on this week's Official Vinyl Albums Chart, and the Official Record Store Chart, which compiles the best-selling albums in independent record shops.

London Grammar told OfficialCharts.com: "This really isn't something we ever expected to achieve, it's such an honour and we are over the moon. We want to thank all our fans, September Management and our label Ministry of Sound."

Glen Campbell scores his highest UK chart placing since 1978 with farewell album Adios at Number 3, and Rag'n'Bone Man stays at 4 with Human.

Completing the Top 5 are Fleetwood Mac's Lindsey Buckingham and Christine McVie. Their self-titled album as a duo impacts at Number 5.

Katy Perry's Witness lands at Number 6 this week, becoming her third Top 10 album. Witness follows Number 1 albums Teenage Dream and Prism. Also making a splash in this week's top flight is the late Chuck Berry. His final album Chuck is at 9, his first Top 10 since 1977 and fourth overall.

Lady Antebellum pick up a fifth Top 20 album with Heart Break at 14, while Cigarettes After Sex are also new with their self-titled debut at 27. Close behind at 31 is Taylor Swift, whose album 1989 re-enters the Top 200 following its return to all streaming services.

Liverpudlian rockers Anathema bag a second Top 40 as The Optimist makes its mark at 34. Finally, Fleetwood Mac's Greatest Hits returns to the Top 40 for a 23rd week at 36 following its prominent inclusion in HMV's Vinyl Week 2017, and hardcore band Rise Against howl their way to Number 38 with Wolves.