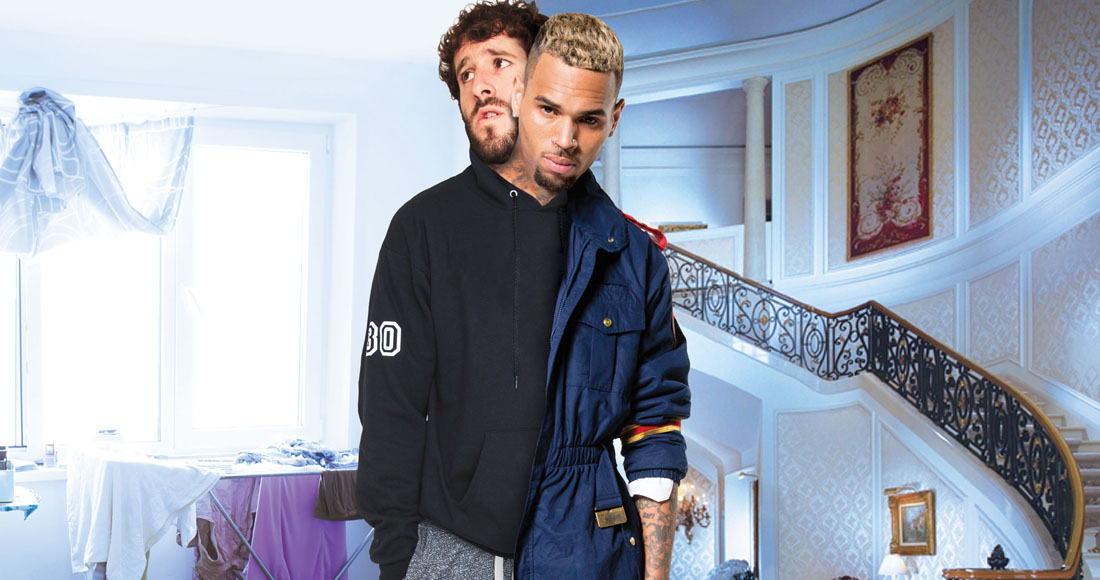 Congratulations to Lil Dicky, who scores his first Number 1 on the Official Singles Chart today with Freaky Friday (April 6).

The comic rapper’s track, which features Chris Brown, climbs from 5 to 1, overtaking mid-week leader This Is Me by Keala Settle/Greatest Showman Cast to take the top spot, with 4.6 million streams logged this week.

Freaky Friday first entered at Number 16 three weeks ago and has zoomed up the Official Singles Chart thanks in part to its viral music video, which sees the pair trading lives like the coming of age cult classic film of the same name.

Lil Dicky is the first comedian to top the Official Singles Chart in almost nine years; the last was Peter Kay and his animated All Star Band for Children In Need in 2009 - read more on chart-topping comedians here. Meanwhile, Chris Brown claims his second UK Number 1 single, after Turn Up The Music reached the top spot in 2012. Look at Chris Brown’s complete Official UK Chart history here.

Freaky Friday pushes last week’s Number 1, Rudimental’s These Days, down to Number 2 after one week at the top, and This Is Me rebounds five places to Number 3.

This week’s highest new entry goes to The Weeknd who, following the surprise release of his new album My Dear Melancholy, sees three of its tracks land inside the Top 40: Call Out My Name at Number 7, Try Me at 17 and Wasted Times at 18.

Look back at every Official UK Number 1 single here. You can also listen to every chart-topper in our playlist on Spotify and Deezer.