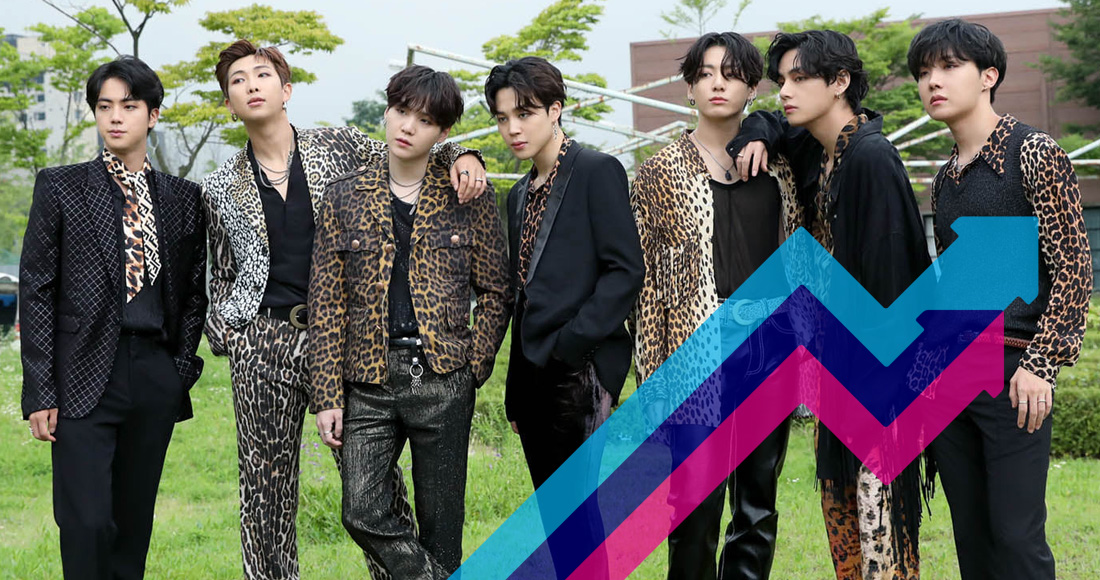 BTS bring their unique brand of pop to the top Official Trending Chart once more as Life Goes On enters at Number 1.

The opening track from their new album BE, Life Goes On is an R&B-infused slow jam performed mostly in Korean but with snippets of English, conveying a message of hope to fans after a difficult year caught in a global pandemic. It's a fitting start to the collection, representing the rest of the album's overarching themes.

Life Goes On is set to become the group's second Top 10 song in the UK, after their previous single - the disco-inspired bop Dynamite - debuted at Number 3 in August.

BTS land a second entry in this week's Trending Chart with Blue & Grey, which was originally written by member Taehyung, aka V, for his solo mixtape (expected later this year) but he was encouraged to submit it for BE - it's now one of the most popular tracks of the collection.

Meanwhile, Miley Cyrus makes waves with her new Dua Lipa collab Prisoner, which could land a Top 10 debut ahead of the release of Miley's seventh album Plastic Hearts this Friday, while Canadian crooners Shawn Mendes & Justin Bieber team up for Monster, the second single from Shawn's upcoming album Wonder.

Further down, Justin's cover of Rockin' Around The Christmas Tree climbs 64 places midweek - the song is an Amazon exclusive, part of a collection of tracks by various artists also including Jess Glynne, whose cover of This Christmas by Donny Hathaway features just below Justin on the Trending Chart - and could become Jess's 14th Top 40 single.