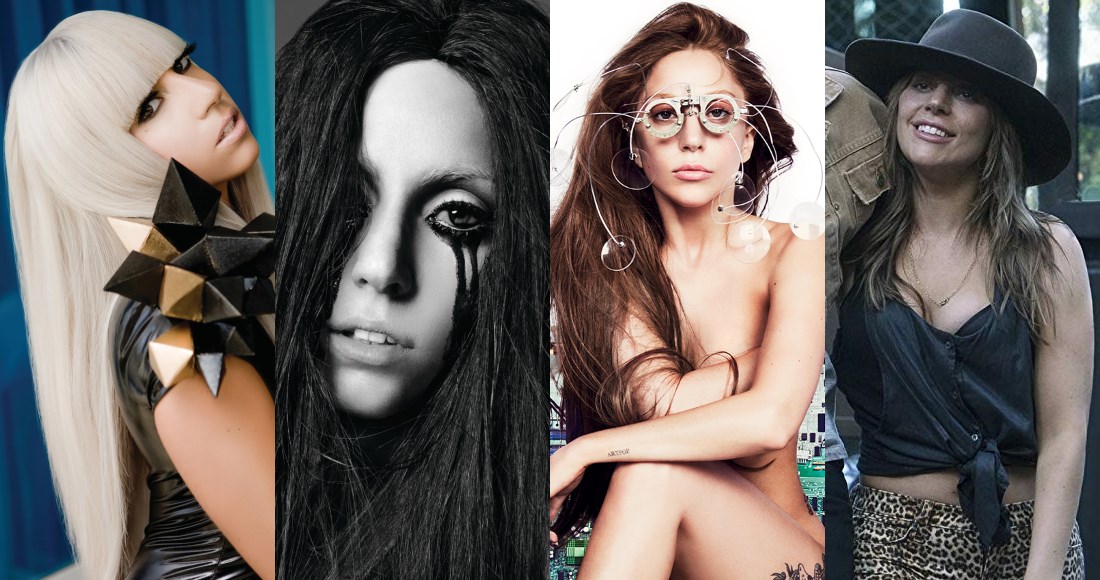 It took Lady Gaga five years to return to Number 1, but she is back to where she belongs, on top of the Official Irish Singles Chart.

Shallow, taken from the Motion Picture Cast Recording to A Star Is Born, shot to the top spot on October 13, taking out a second consecutive week in the penthouse last Friday. The last time Mother Monster spent more seven days at Number 1? 2010. It's been a long time coming.

To celebrate Lady Gaga's resurgence on Ireland's leading rundown of popular music, take a look back at her five other chart toppers, and more of big Top 10 hits.

Lady Gaga's latest Number 1 hit is a collaboration, and her very first saw her team up with others too, albeit with some very different pals. Akon and Colby O'Donis helped make Stefani Germanotta's debut hit a bonafide smash. The song was the fourth biggest song of 2009 in Ireland and is still a monster success on streaming today; in 2018, it has been streamed 373,000 on Irish shores alone.

Lady Gaga picked up two Number 1s in a row at the beginning of her career, with Poker Face outperforming Just Dance. Bluffing with your muffin became notorious the world over, and Ireland had their cake and ate it too. The third best-selling song of 2009, Poker Face was only outsold by Black Eyed Peas' I Gotta Feeling, and the year's most popular song, The Climb by Joe McElderry. Overall, Poker Face is Gaga's best-selling single.

Gaga wanted our leather studded kiss in the sand, but instead, we gave her our coins. Bad Romance reached Number 1 in December 2009, making the New York native the only act to score three chart toppers that year. The success for the song continued into 2010, where it spent another week at the helm in mid January.

This is one of the greatest collaborations of all-time, right? If the music video featuring Coke cans as hair rollers and a dog playing dead in a crime scene weren't enough for you to like Telephone, then the fact the song also features Beyoncé will have sealed the deal for any pop lover. Gaga's fourth Number 1 in Ireland, Telephone was the eighth best-selling song of 2010.

Now for a song that topped the Irish charts but didn't in the UK, it's Born This Way! The lead single from the album of the same, Born This Way was the 17th biggest song of 2011.

Born This Way is the Gaga album to spawn the most Irish hits, with six tracks peaking in the Top 50, including Hair, You & I and Marry The Night.

Other than Number 1, 4 is Gaga's magic number in Ireland. Paparazzi, Judas and The Edge of Glory all reached that position. The highest charting songs of Gaga's not to reach the top spot are 2010's Alejandro and 2018's Always Remember Us This Way, which peaked at Number 3.

The only other Top 10 slots Gaga has impacted are Number 9, on two occasions with Applause and Do What U Want, and Number 10 with I'll Never Love Again with Bradley Cooper.