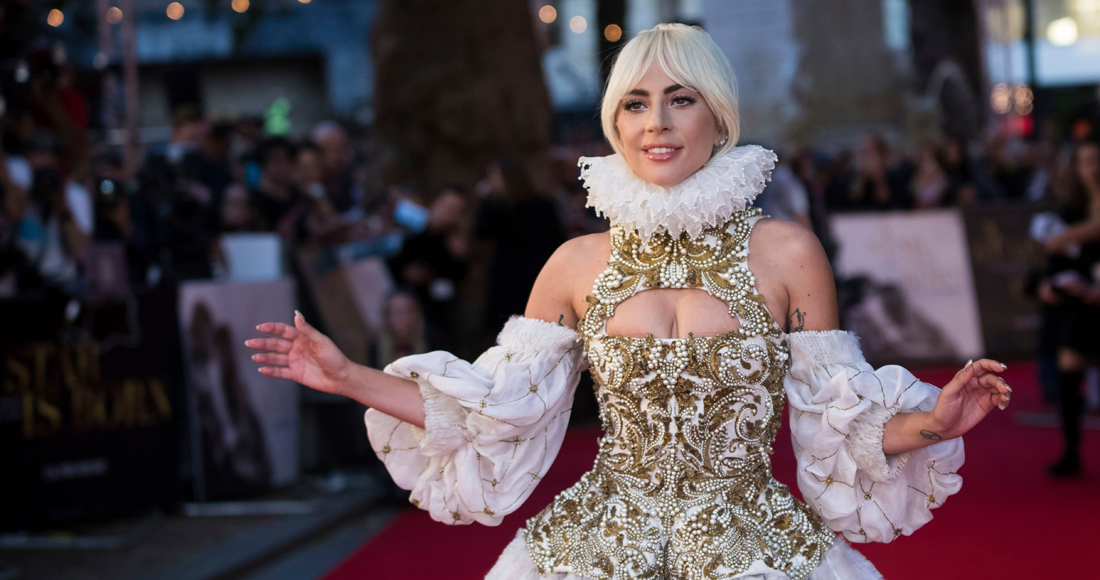 Lady Gaga is fighting for the top spot on this week's Official Singles Chart with Shallow - her Bradley Cooper collaboration from A Star Is Born.

The song from the hit movie is just 625 combined sales away from Number 1 in today's Official Chart Update (October 22), behind current leader Promises by Calvin Harris & Sam Smith.

If Shallow overtakes by Friday's Official Chart, it'll be Gaga's first UK chart-topper in eight years, since Telephone hit the top in 2010.

Two more tracks from the film are on the climb: I'll Never Love Again jumps nine places to 25 and Always Remember Us This Way lifts five to Number 26.

Rapper Post Malone is in line to bag this week's highest new entry - new single Sunflower ft. Swae Lee from the new Spider-Man: Into The Spider-Verse film is currently at Number 8. It could be Post's fourth Top 10 single in 2018 - check out his full Official UK Chart history here.

James Arthur's new single Empty Space is set to open at Number 29, The 1975's latest track It's Not Living (If It's Not With You) starts at 35, and Dua Lipa's collaboration with Blackpink, Kiss And Make Up, opens at 36. The song is one of three new additions to a reissue of her self-titled debut album.

The Official Singles Chart is revealed every Friday at 5.45pm on OfficialCharts.com