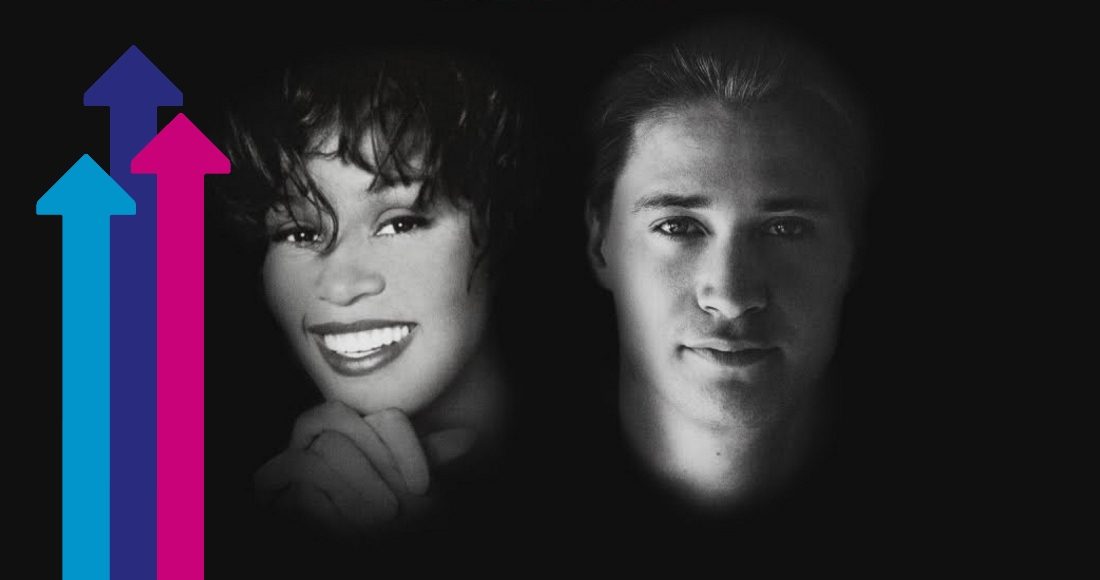 Kygo & Whitney Houston’s fast-rising summer hit Higher Love tops this week's Official Trending Chart as it sets course for the Top 10 on the Official Singles Chart this Friday, currently sitting at Number 8 on the midweek update.

The song, which has been ascending the Top 40 the past five weeks, was originally covered the song back in 1990, but it was a lesser-known recording due to it only appearing on the Japanese edition of her 1990 album I’m Your Baby Tonight. Now, it could become Whitney’s first Top 10 single for a decade.

Elsewhere, Liam Gallagher’s Once - the third single from his upcoming album Why Me? Why Not - is also making waves on this week's trending Top 20, plus Bad & Boujie, a mega collaboration between rappers AJ, Geko, Ard Adz and Koomz, is off to a strong start.