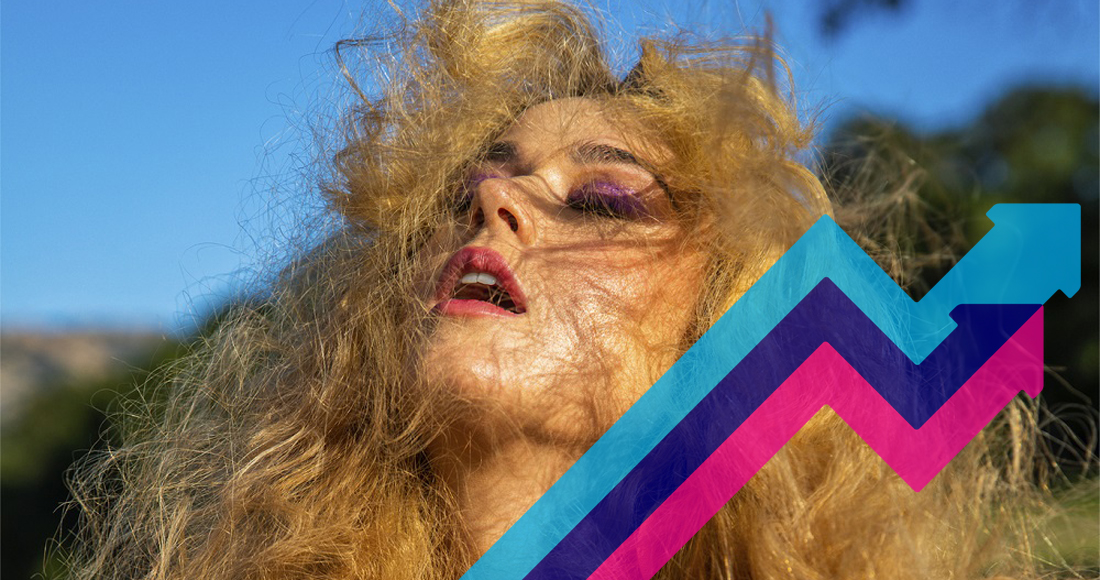 Katy Perry's new single is off to a very strong start in the UK as Never Really Over takes the Number 1 spot on this week's Official Trending Chart.

The track - Katy's first major headline release since Swish Swish in 2017 (aside from Cosy Little Christmas exclusive to Amazon in 2018), leads the Top 20 of new songs making a big impact in the UK this week.

Never Really Over is on the cusp of debuting in the Top 10 on this week's Official Singles Chart, currently placed at Number 11 in the latest sales flash. Whether it makes the Top 10 or not, the song is almost certain to be Katy's nineteenth Top 20 hit on the Official Chart. View Katy Perry's Official Chart history here.

Never Really Over is co-written by Katy and co-produced by Zedd and Dreamlab (Selena Gomez, Demi Lovato). Norwegian singer Dagny is also credited as a writer; the song samples her 2017 single Love You Like That.

Half of the latest trending Top 20 comprises of brand new songs, including two from Skepta's new album Ignorance is Bliss. The record's most popular songs so far appear to be J Hus collaboration What Do You Mean and recent single Greaze Mode.

Meanwhile, songs recently released that are climbing up the Official Chart include James Arthur's Falling Like The Stars, Sigala & Becky Hill's Wish You Well, and Jess Glynne & Jax Jones's One Touch.